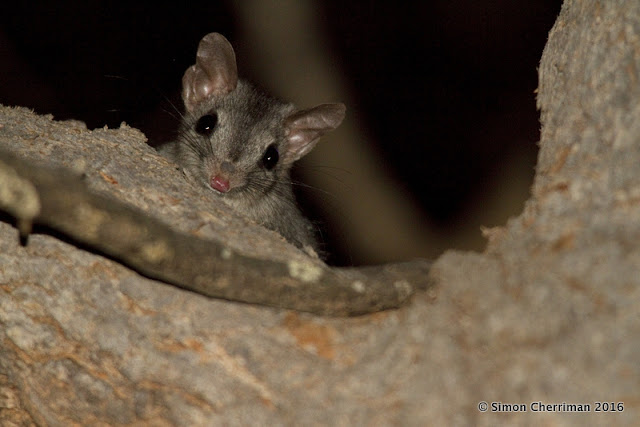 At the end of a guided bird tour I took in the Perth Hills recently, I was chatting to some participants in the group over a hot cuppa when one of them pointed behind me and said, "Look, there's a possum on the roof!" I glanced around quickly and suddenly found myself leaping across the lawn towards the roof in one of the greatest moods of excitement I've ever experienced. The animal in my torch-beam was no possum - it was a WAMBENGER!!

'Wambenger’ is an Aboriginal word for a small Australian marsupial known as a Phascogale (pronounced ‘fas-koh-gale’). This name means ‘pouched weasel’, and was used by early European settlers because of the animal’s similarity to the tenacious carnivore of the northern hemisphere. Phascogale is used both as a common name and a scientific genus name. There are two different species of Wambenger: the Brush-tailed (Phascogale tapoatafa) and the Red-tailed (P. calura), both of which occur in Western Australia. The Brush-tailed variety, however, prefers forest and woodland, and is the only species to occur in the Jarrah forest of the Perth Hills.


While I was totally thrilled to have (for the first time in more than 25 years of being a naturalist in the Mundaring area) seen a live, wild Wambenger, and I thoroughly enjoyed sharing my excitement with all members of that evening's bird walk, I was in no position to take any decent photos. The blurry shot I managed to take with my iPhone 4s (which, incidentally, at ~150 - 200g, weighs about the same as the subject!), were enough to prove this sighting of what is quite a rare species, but that was about it. I immediately began planning a return nocturnal visit in the hope for better images, but my chances were quite slim. Several walks with a head torch over the past few weeks left me with no luck. But last night, after more than 3 hours of waiting in some bushland not far from the original sighting, my patience paid off.


The individual I spotted, which was moving rapidly along the limb of a Jarrah tree about 10 m above me, was surprisingly unafraid of my torch beam, and I watched with delight as it behaved completely naturally, going about its nocturnal foraging business. As I observed the Wambenger's behaviour, I thought about what I knew of their biology, and felt so totally filled with excitement to know that an animal so rare was right THERE!!

Wambengers live in very low densities, with individual females having a home range of about 50 ha (~10% of the area of Perth’s CBD), and males requiring more than twice this. Their cryptic behaviour, low numbers, and the fact that many are eaten by cats, foxes, owls and goannas, means Wambengers are very difficult to glimpse. Emerging from the safety of their tree-hollow home well after dark, they spend most of the night in the canopy, climbing expertly through the branches and catching insects with their sharp teeth. Prey consists mostly of spiders, crickets, centipedes and even bull-ants, but they will also feed on nectar and sometimes small birds. What struck me was how easily the animal could scurry up and down branches, cling to the underside and remain hidden, and I even saw it run up one limb and leap nearly 2 metres to the next tree!

My mind went back to a fauna survey I was assisting with several years ago, during which time we had caught Wambengers in traps designed for possums and bandicoots, and this research had created an opportunity to observe some of their features close up. One fascinating insight was seeing underneath a Wambenger's foot, and observing the tiny ridges or keels on the foot pads, a special adaptation which help it grip to the bark while climbing.


I mentioned above that this was the first time I'd seen a wild live Wambenger. You might remember my blog post from 2013 which described a dead (road-killed) male, and at the time I was excited to use the opportunity to write about this animal. I've since recorded another road-killed Wambenger close to Mundaring, an indicator that this species is obviously still surviving in some suburban parts of the Perth Hills.

HOW CAN YOU HELP?

While many Australian’s have probably never heard of a Wambenger, they are an important part of what makes the our landscape unique. In Western Australia they are classified as ‘Vulnerable’, meaning they can be threatened with extinction if factors affecting their survival (habitat loss, altered fire regimes, and in particular, predation by cats (especially roaming pet ones), are unmanaged. They can also be a natural form of pest control, eating many of the spiders, ants and cockroaches we humans find annoying. The main thing these cute animals need to survive is habitat (that is, native vegetation with large, hollow-bearing trees), so you can help them by supporting the protection of bushland in your local area. In the Perth Hills, EVERY tree is vital, and the increasing number of Jarrah and Marri trees we are seeing felled in the Mundaring Shire of late is of great concern. This has direct impacts on the survival of all local animals, including Wambengers. Nest boxes designed for Wambengers can also help, and be a useful way to determine the species presence and abundance if boxes are monitored regularly. Wouldn't you love to share your space with this magnificent creature? :) 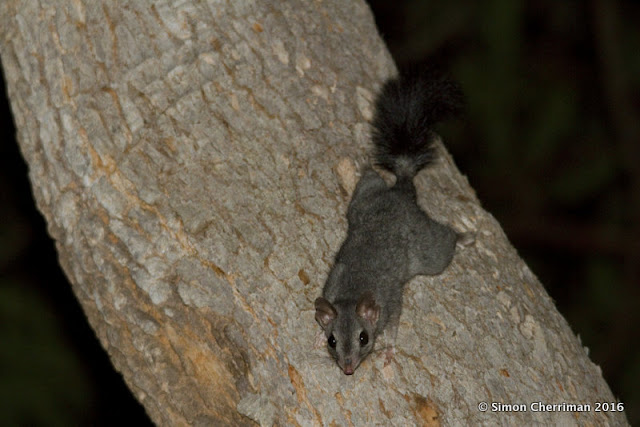