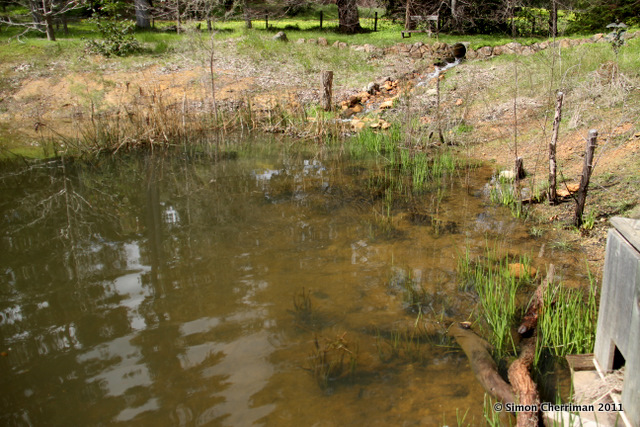 The wonderful season of Makaru (winter) has arrived in the Perth Hills for 2011, and what a great start it’s been! Although we’ve all nearly forgotten what it is like to get proper rainfall, the months of June and July (so far) have given us a promising start to wash away the previous years of drought.
One of the first creatures to rekindle their lives after months of dryness are the Crinias, species of tiny frogs that make up for their size with their loud voices. At my dam in Parkerville there are now three, sometimes four species of Crinia that have moved in since I began revegetating it with wetland plants five years ago. (Well, technically three Crinias, one is a Geocrinia). Two of the species have begun breeding already, with the males calling loudly to attract mates. It’s such a pleasure to listen outside as dusk approaches and hear the place come ALIVE!
At the moment, the Bleating Froglet (Crinia pseudinsignifera) is     dominating the ear drums, and I have spent a few evenings on my hands and knees in the mud locating them to photograph.
Here is a male who has just ceased calling after I shone my headtorch on him :) 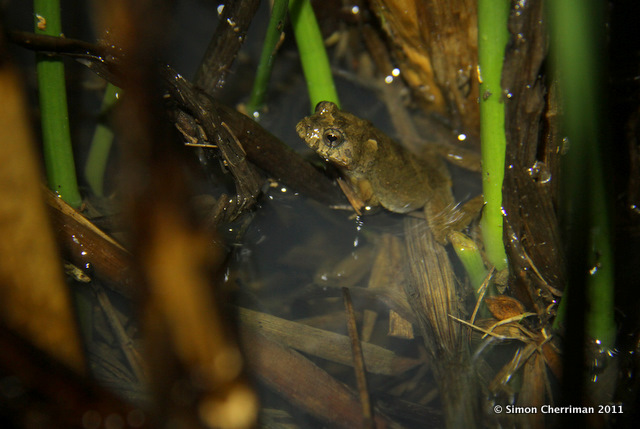 After snapping this shot, I was then THRILLED to find 2 males fighting - one had his jaws clamped onto the other’s abdomen, and was quite forcefully ‘asking’ him to move on and find his own place from which to call. Well, I’m sure if he could, he would ask politely!
Next thing I knew the first male had flipped the other one on his back and really was asking his pal to get outa there! 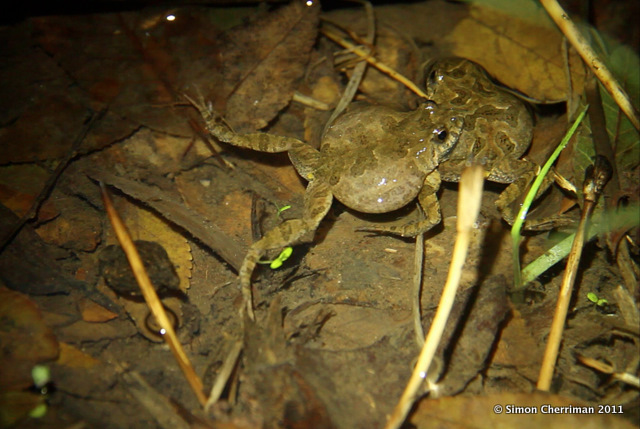 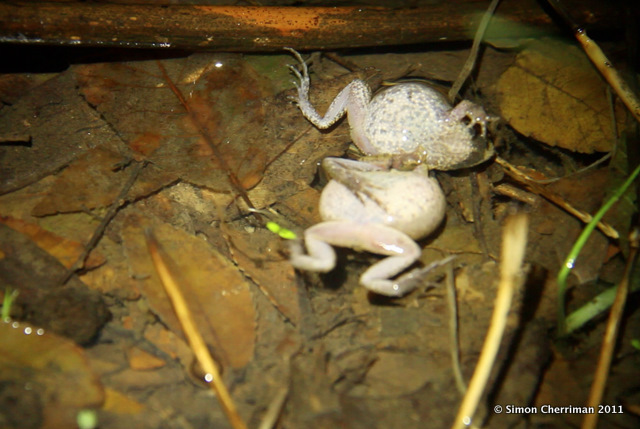 Another species calling as loudly as the Bleaters is called the Clicking Froglet (Crinia glauerti), which is only about the size of a 5c piece (below). He makes a really loud rattling sound that makes your ears hurt if you get too close! After looking VERY hard in the mud I managed to photograph this little one trying to tell all the females that HE is the one for them!

I’m 27. Who says finding frogs is only for kids? 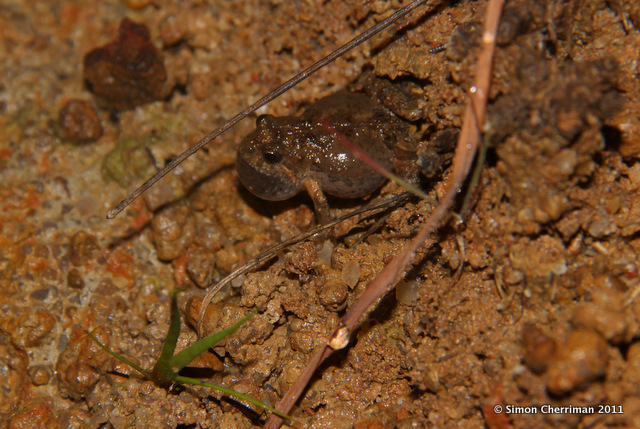 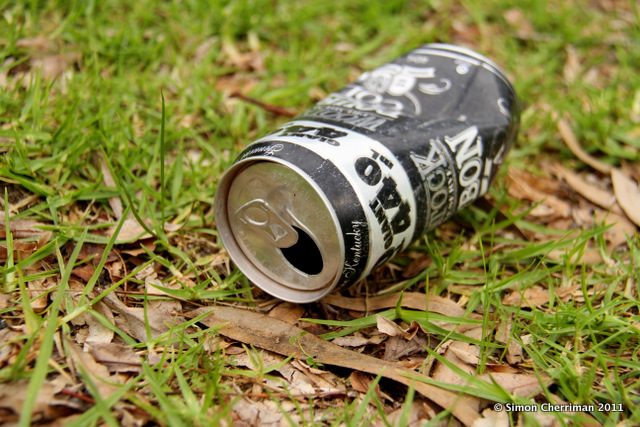 
During walks in natural areas I have collected many aluminium cans and bottles to bring home for the recycle bin, each time feeling very angry that careless environmental vandals could discard their waste in such a way.

One such can I picked up today had a funny rattle inside, so I cut it open to find this: 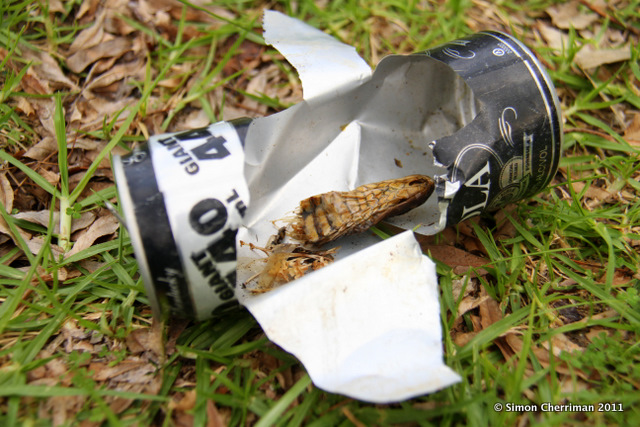 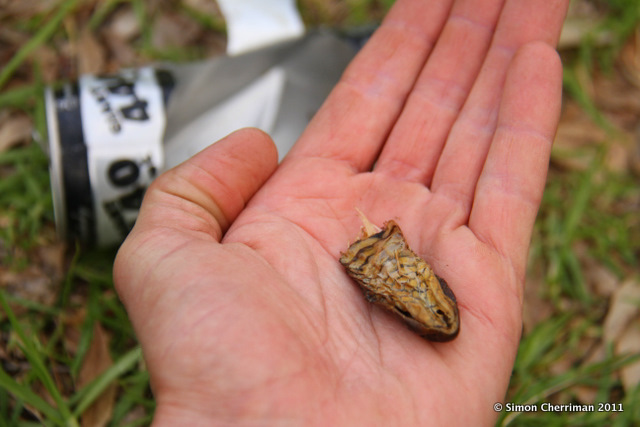 You’re probably wondering “WHAT IS THAT!?”

Well, it’s the head of a Tiger Snake. This poor creature would have taken hours to die a painful death after it’s head got caught in the dreaded can. Reptiles are often attracted to cans and bottles by sugary residue inside, or simply when they are searching for a place to hide. Unless they are found early, the ultimate outcome is a death sentence.

While you could easily think “it was only a snake”, and not be too concerned, remember that snakes play a vital role in our environment by controlling rats and mice, and will NOT bite you unless you stand on them or try to handle them.

Even so, snakes or not, no animal deserves to die a slow death because SOMEBODY has no respect for their environment. Amen.
Posted by Simon Cherriman No comments: