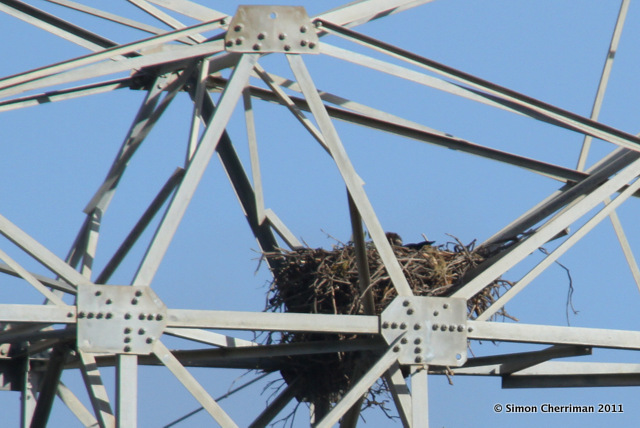 I stopped to check on the Pylon Eagles’ nests late this evening and from my roadside pullover point I peered anxiously through my binoculars. I was thrilled to notice that one of the nests had a small shape on it - a sitting eagle! I scanned up to the top of one of the pylon arms and noticed another eagle perched. This means that the urban nest site is once again active, and the birds are almost certainly incubating eggs. It will be amazing to see then nest when it contains young eagles!

Feeling inspired about the capability of wildlife to adapt to this anthropomorphic landscape, I made this short film: 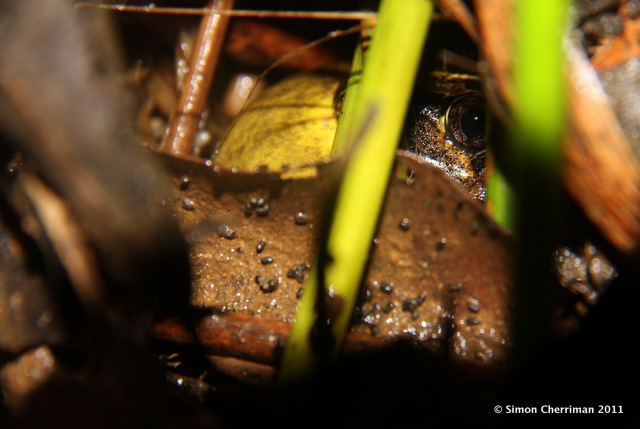 The frog chorus at Parkerville Dam has shifted slightly, with a few more voices being added to the repertoire, changing it’s feel, and it’s pace. Although the Bleaters and Clickers are still going quite strongly, their small voices blend into the symphony now with Slender Tree-frogs (Litoria adelaidensis) and Banjo Frogs (Limnodynastes dorsalis) piping up for their turn.

The latter species is sometimes called the ‘Pobblebonk’ as it makes a three-noted call that sounds a bit like this word being said in a deep voice: POB-BOL-BONK. Last night I spent 3 hours at the dam, listening to the trickling creek, a light wind in the canopy, the frogs calling, nature surrounding me with it’s richness and vibrancy. I counted 5 Banjo Frogs, which is more than I’ve ever had before!

I even managed to sneak up on one and get photos of him calling, and I was amazed to see his engorged throat pouch which reminded me of an off-colour tennis ball. I took a few photos and then he ducked under the reeds to hide from me, so I caught him and got a few more photos up close :) 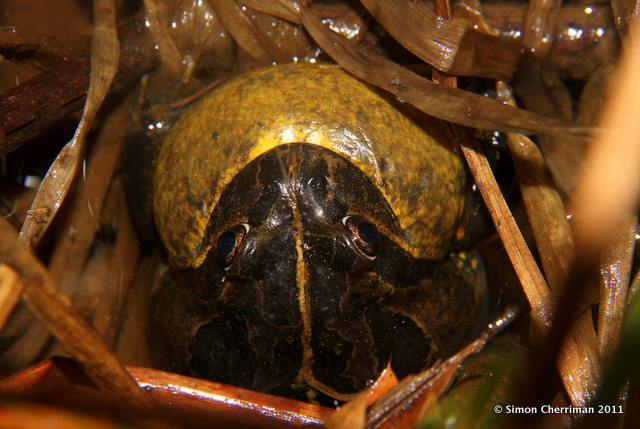 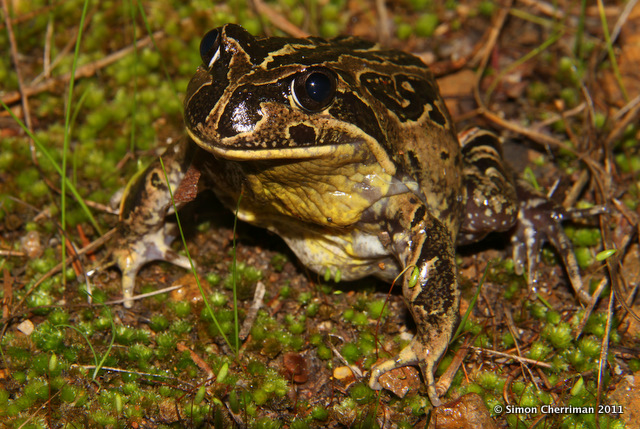