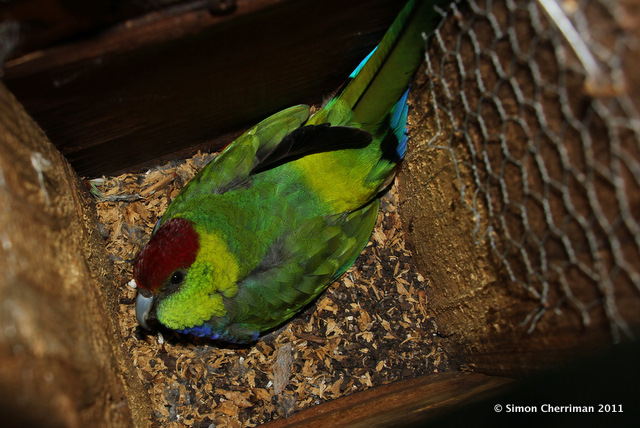 I hadn’t even had the chance to open the lid when a raucous kkaaaaaaagggghh made my heart jump! I nearly fell out of the tree backwards!

I got really excited a few weeks ago when I observed a pair of Red-capped Parrots (Purpureicephalus spurius) inspecting one of my nest boxes. Red-caps are one of the 14 birds endemic to the south-west of Western Australia (meaning they’re found nowhere else in the world).

Since the first sighting I had left the pair alone as to not disturb them while they were moving in, but yesterday I was certain they were sitting on eggs. It was time to get some photos! I scaled the tree but was greeted by an aggressive warning call. Not only was the sitting bird unfazed by my presence, but let out a warning to let me know I wasn’t welcome! It’s so unusual for birds using nest boxes to behave like this, but great as it means they are likely to defend their nest site and rear young successfully.

I managed to lift the lid slightly to snap the above shot, then I left her alone. This will now be the second year that our most beautiful local parrot has called one of my nest boxes home. Last year a pair reared 4 young in a box nearby, but I was away and only managed to get photos of the chicks in their first week (see below). This time I hope to document them as they grow up.

Here’s a shot of young Red-caps in the nest box last year: 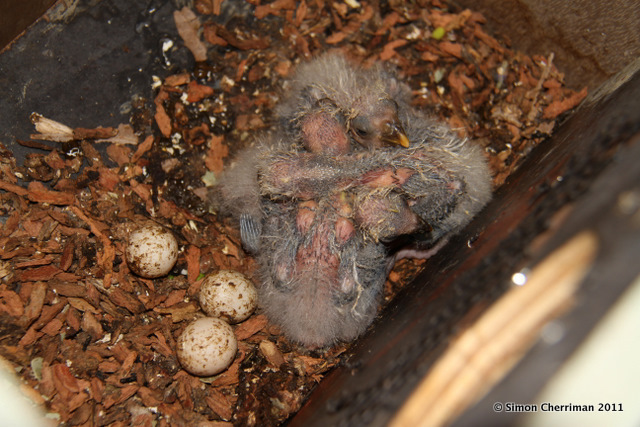 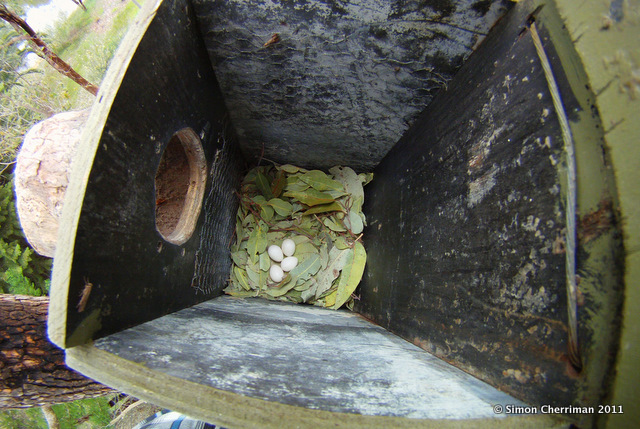 The Galah is one of the 4 most widely recognised Australian birds - the other 3 species being the Australian Magpie, Magpie-lark (or Peewee) and the Willie Wagtail.  Galahs are actually a bird of the arid interior, and only arrived in Perth in the 1960’s following a large expansion of their range.  This was because the species benefited enormously from agricultural land-clearing, and is now a common breeding resident in the Perth Hills.

I’ve had a pair nesting in my nest-boxes in Parkerville for the last 4 years.  This year I installed a tiny GoPro sports camera inside the box to keep watch of the parents incubating.  The Galah is the only Australian species of cockatoo that lines the inside of its nest hollow with eucalypt leaves - all other species lay on the bare sawdust.  Eggs are laid 1-2 days apart, so hatching at different times.

Here are some of the first glimpses of the female incubating, then the first egg hatching.  The cutest bit is at the end where the female joins the male and both sit inside the nest. 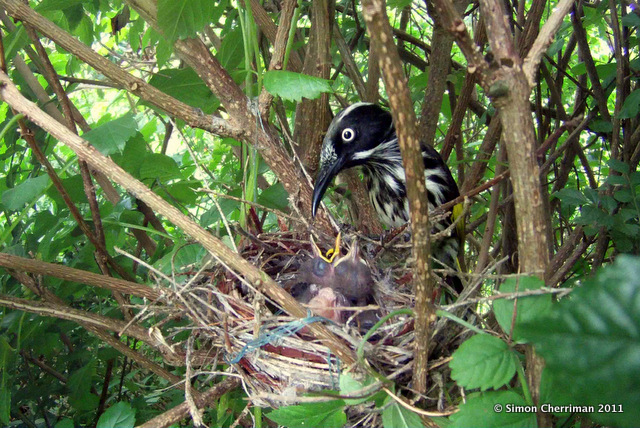 You’ve probably seen a New Holland Honeyeater many times before.  They are a common bird in the Perth region and across much of southern Australia.  I love birds that habituate so easily and nest right in our gardens!

Here are some chicks being fed by there dedicated mother: 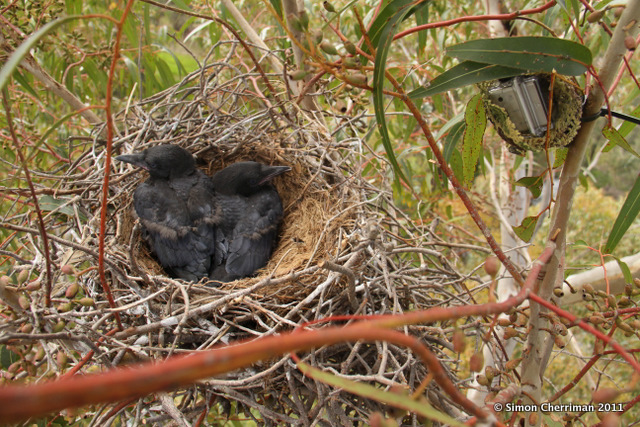 A pair of Australian Ravens has this year nested in the top of a gum tree in our front yard.  I scaled the nest, which is 35m above the ground, to install a mini sports camera (GoPro) to record some of their behaviour.  The climb was exhilarating and the view from the nest spectacular.  I was even happier when I took the camera down and saw it had taken some of this footage... 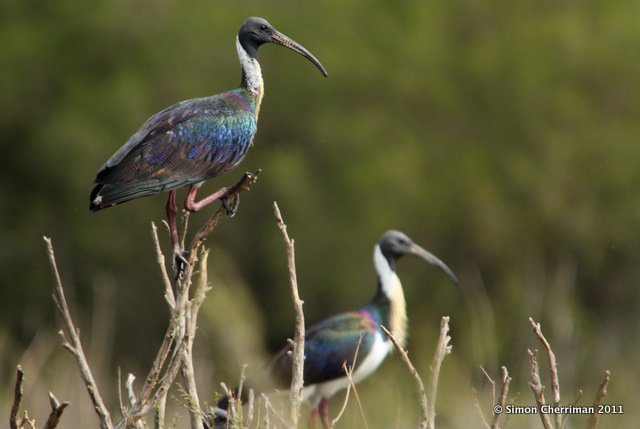 Yesterday on the way home from Pinjarra I found an AMAZING breeding colony of Straw-necked Ibis.  HUNDREDS of birds in a tiny little swamp. One nest cluster had SIXTEEN nests in 2m squared! Such incredible animals! And in the middle of all that activity, a Black Swan nest :)