Film Reviews - from the next generation 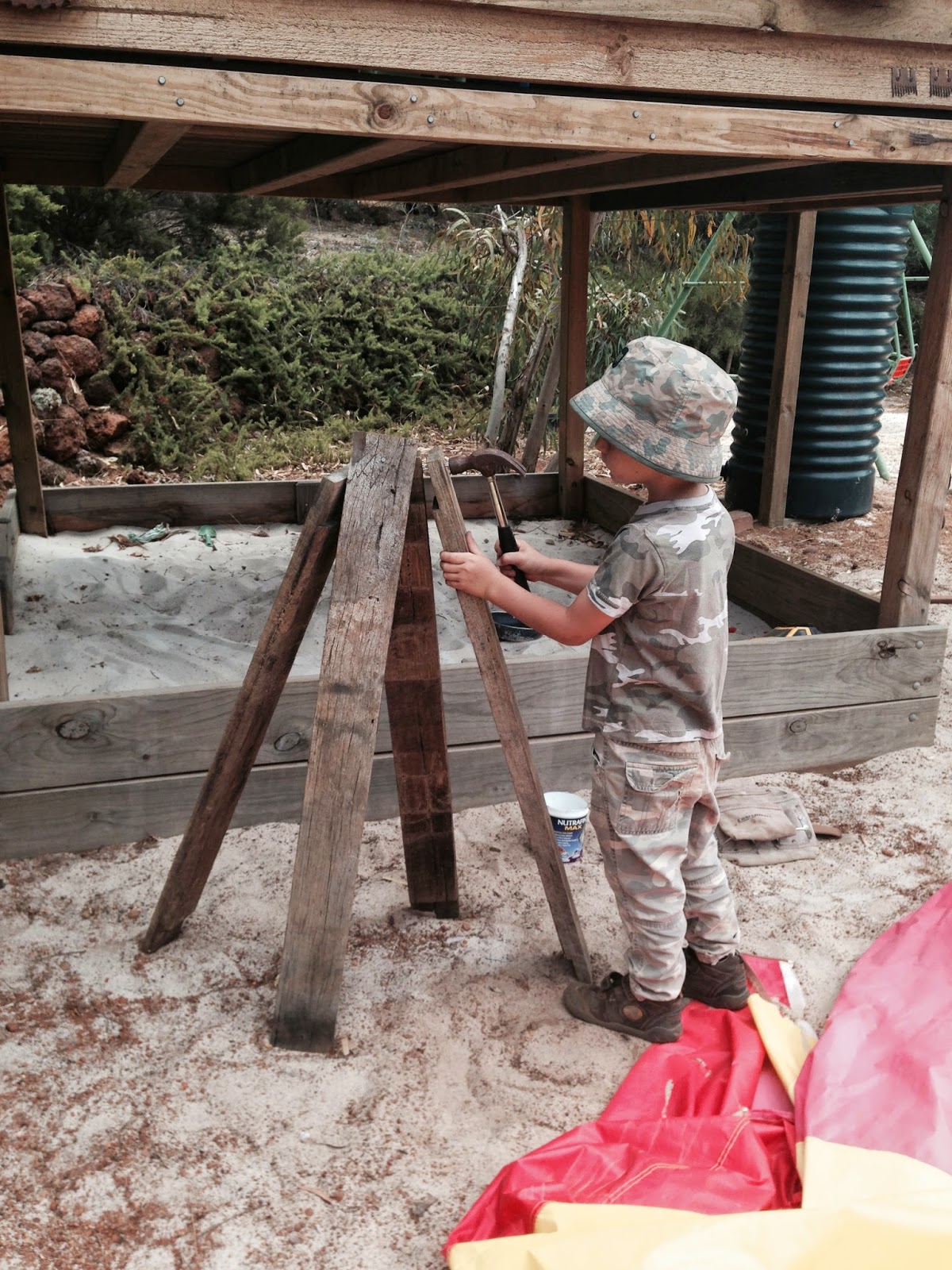 TEAR JERKING! I have just received the most wonderful piece of feedback from a close friend about the impact that my latest film, 'Where Do Eagles Dare?', has had on her 5 year-old son:

"You are inspiring the younger generation! He has watched your DVD twice and here he is building a hide so he can watch birds. Notice he is all dressed up in his camouflage gear!!!"

THIS is why I do what I do! It gives me an enormous drive to carry on my life's mission to receive this sort of feedback. THANKYOU to my friend who sent this to me, it makes all those hours spent in the edit suite, and all the effort of finishing a film, worth EVERY minute :D

Here is the little boy's completed hide. What a ripper! 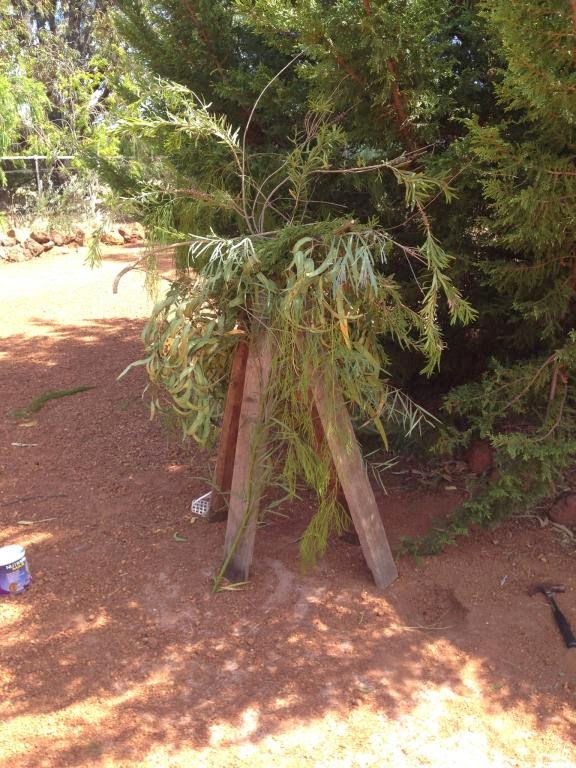 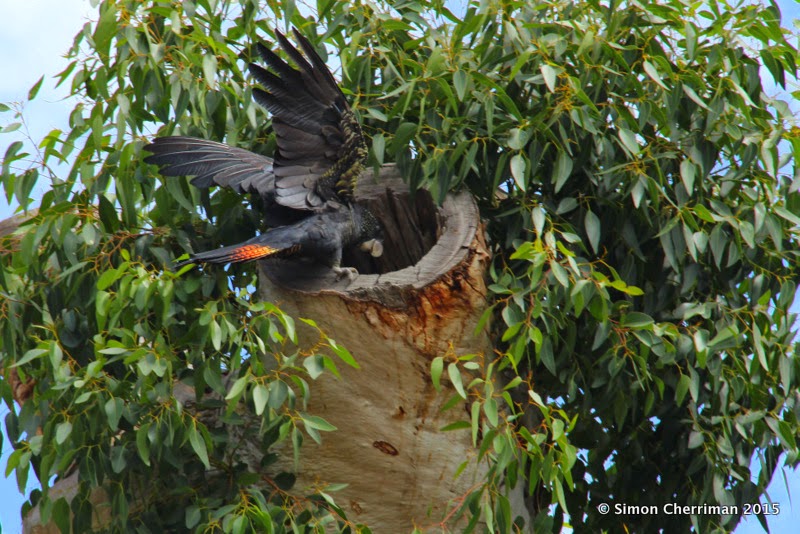 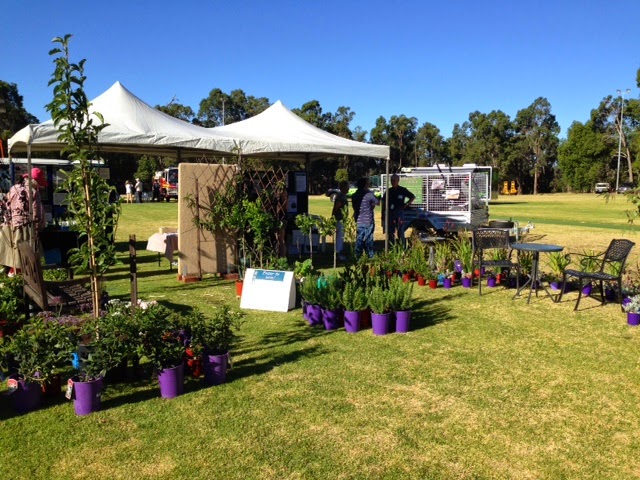 Last weekend the Mundaring Shire held an open day to mark the one year anniversary of the Parkerville/Stoneville/Mt Helena Bushfires. Part of this event included a small display to show a couple of my nest boxes, with the aim to attract attention from the local community (especially people who lost homes or backyards in the fires) and seek their interest in attending a nest box building workshop that the Shire is planning to hold at the Mundaring Men's Shed later in 2015. This will involve us building boxes with locals for them to take home and install at their burnt (but swiftly recovering) properties to improve the biodiversity values. Many properties that were singed by the flames lost large, hollow-bearing trees, either directly in the fire, or afterwards when such trees were pushed over to improve safety to residents. These trees are vitally important for native wildlife (like the possums and parrots shown in the photos below) and cannot be replaced for hundreds of years. Nest boxes will help to provide habitat for local wildlife, hopefully enthuse local residents about some of the other creatures that were affected, and reinforce that they can think positively and recover from natural disasters like bushfires. 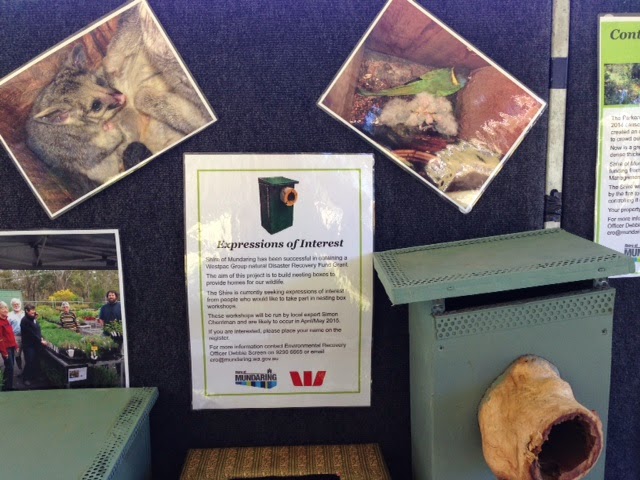 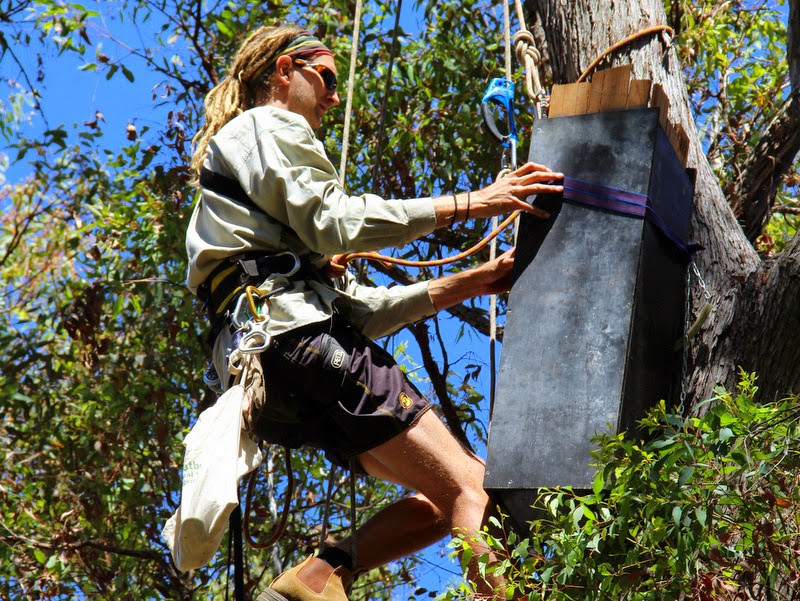 Today I was lucky to visit a beautiful bush block in Mundaring and install 2 nest boxes. It was extremely special because the owner of the block used to do fitness class with me many years ago when I was in high school, and we have bumped into each other many times in the local community since. Susan also works as a teacher at Parkerville Primary School, and we did a talk to her class as part of a nest box workshop conducted back in 2012.

Both nest boxes were large sizes designed for Black Cockatoos. Susan has resident Forest Red-tails in her area often, so is hoping to encourage breeding of this threatened species. Thee odds are good, as we know this design has worked for other black cockatoo species before, including Carnaby's Cockatoos in the Porongurups. We also had a pair of Red-tails lay an egg inside one of my nest boxes installed on another hills bush block in 2012 (the egg was subsequently abandoned, we think because Galahs drove the birds away). You can read more about that story here.

Here are a couple more photos of the boxes going up. Thanks to Susan for taking the pictures and allowing me to use them here :) 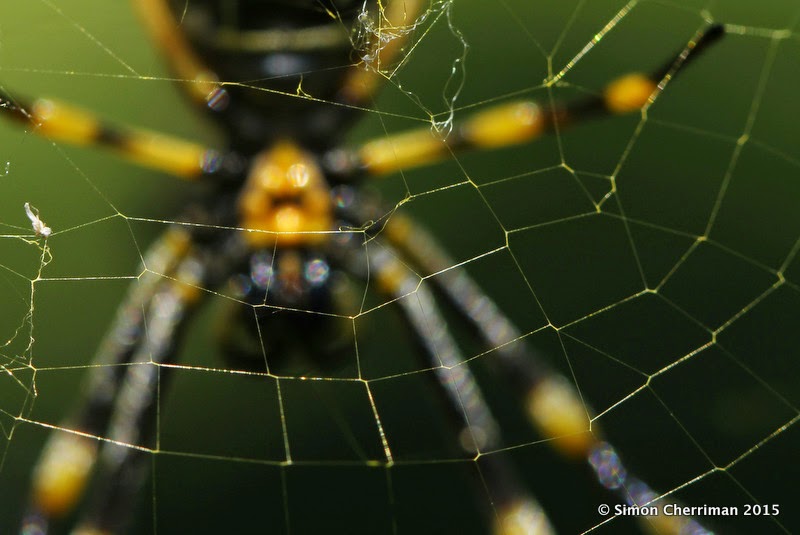 There once existed a myth about a mysterious city made of gold, El Dorado, located somewhere in the remote Amazon of South America. The thought of discovering endless riches drove Spanish conquistadores in the 16th century on countless gripping adventures. Gold fever has since motivated many people to search for this gleaming substance, often resulting in greed, anger and death. But there are other golden things in our world - living creatures, tiny wondrous organisms perfectly crafted by evolution - which, although not worth much in monetary value, can provide just as much mystery, plenty of mental stimulation and far more satisfaction than a pice of lifeless metal. Today in Sydney I found three of them. 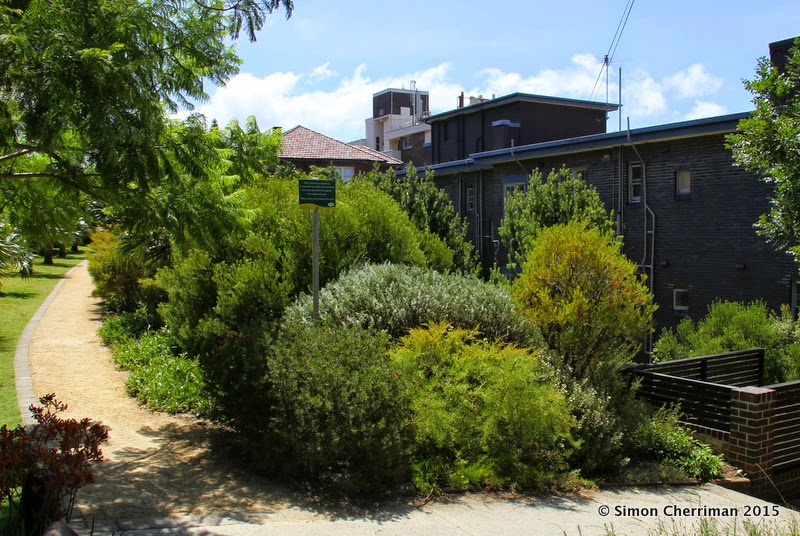 An ordinary street scene, in the middle of which you can see an ordinary sign post. No, it's not made of gold! But when I looked closely I could make out a beautiful eight-legged creature who makes her living from spinning with gold silk. 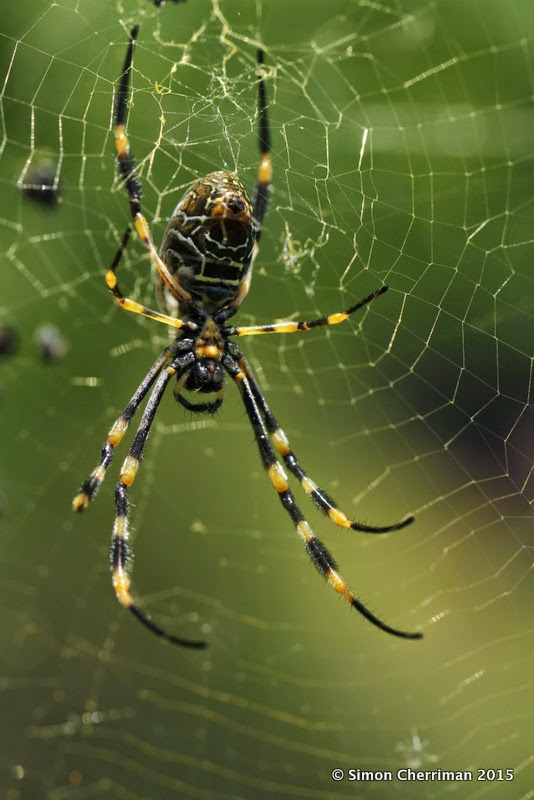 This is a Sydney Golden Orb Spider (Nephila plumipes). Orb Weavers are a widespread and conspicuous Australian species, something that doesn't necessarily do them much good - being a spider and standing out might lead to you getting swatted by a fearful Australian human! However, unless you happen to be a small, flying insect, there is no reason to be worried about these creatures at all. They aren't poisonous and spend virtually all their time hanging in their wonderful webs, and even if one plasters across your face as you accidentally walk into it, the spider will quickly drop down and run for cover. Golden Orbs take their name from the colour of their silk. Even on cloudy days the web has an eye-catching lustre. It is often this which has alerted me to golden orbs' presence, together with the chain of food morsels which can easily be seen hanging from the web. The large spiders you can see are the females - males are much smaller and can sometimes be found clinging to leaves and stems of plants to which the female's web is attached.


When I zoomed out a bit and headed down the garden path to the block of flats I'm staying in, I was delighted to notice a well-kept garden bed with a little sea of mostly native ground-covers growing on a bed of fresh wood-chips. There were purple Scaevolas but more eye-catching were the tiny pom-pom heads of yellow poker flowers. Their golden glow is spectacular in the midday sun, and I soon saw that I wasn't the only one attracted to the colours. A tiny native bee honed in on the purple blooms, and a small fly (Drosophila?) was going for gold. Through a macro lens I observed the incredible fine detail of its body: coarse hairs stuck out from its thorax which glowed a solid gold like some type of giant treasure in an Egyptian's tomb. 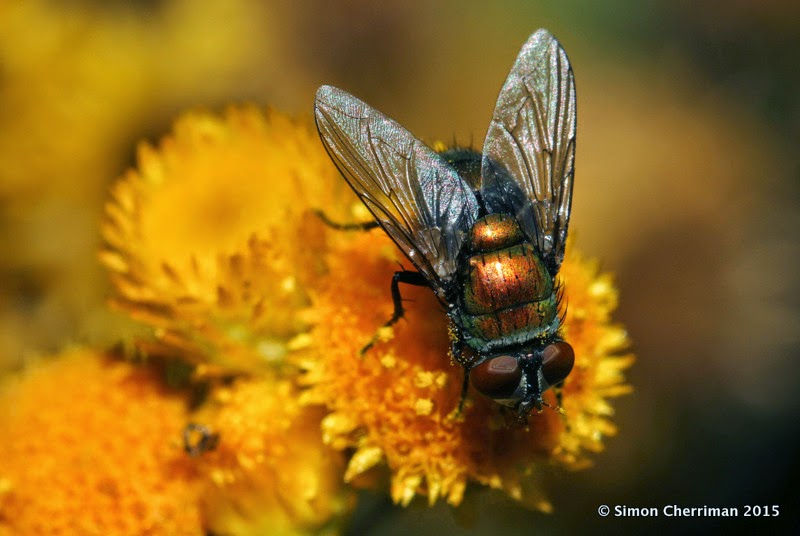 Other golden jewels were visible on an even finer level. Grains of pollen were glued to the fly's body hair and the tips of its feet, the precise reason why the plant has concocted a sweet nectar for the fly to drink, and attracted it with a vivid golden sign which says 'Free: Sweet Drink'! When it ventures to the next sugar-meal, the fly will unsuspectingly do the plant a favour and transfer pollen grains, allowing the plant to reproduce.

So what is the third creature I found? It is another microscopic insect which is invisible to the naked eye. If I hadn't zoomed it to snap the fly with a macro lens I wouldn't have seen it. But its tiny body moved as it also sought nectar from the yellow flower, the movement catching my eye. I'm not even sure what it is - a tiny beetle perhaps? You can just make it out in this photo, another small animal as golden as the web of the Orb Spider. 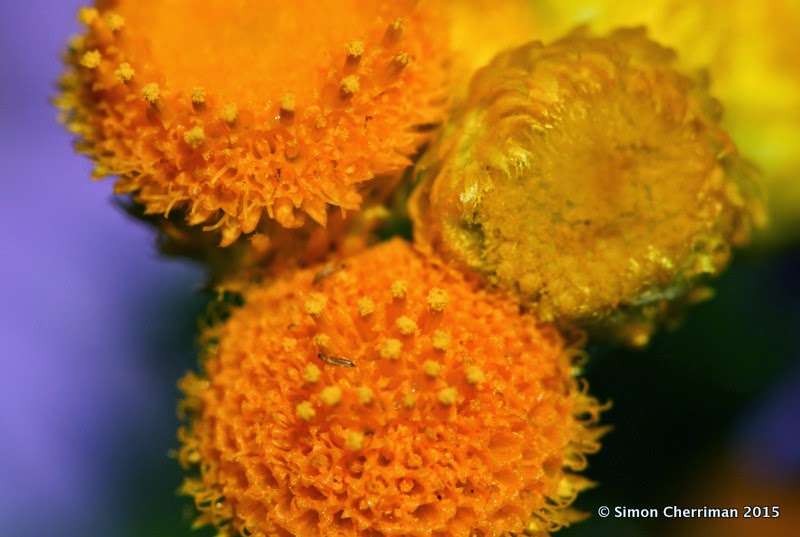 All that glitters is not gold. Indeed, it can sometimes be something much more exciting! And all in a small patch of greenery inside a busy city suburb.
Posted by Simon Cherriman No comments: