I've just returned from a wonderful 2-week trip to the Kimberley region in WA's far north. It was just fantastic to get away for a while and as always the scenery is stunningly spectacular!

One of the highlights for me was being able to photograph at close range two of our secretive nocturnal birds: A Spotted Nightjar (of which we saw about 12 in one night driving along a dirt road), and an Australian Owlet-nightjar, of which there was only one!

Here are the best of the bunch - aren't the markings of the Spotted simply amazing!? 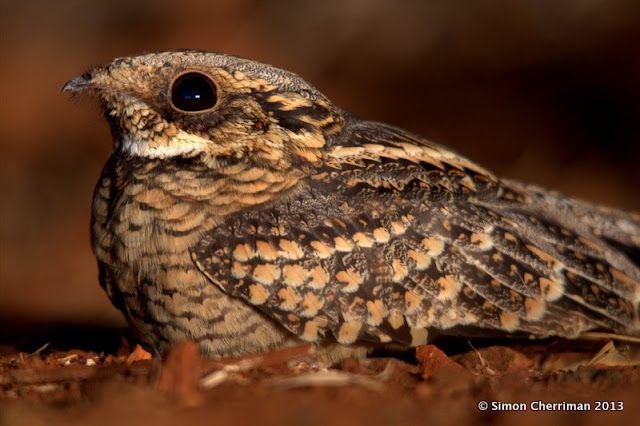 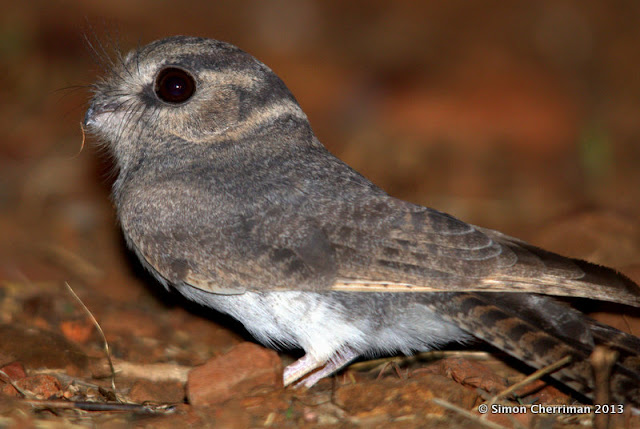 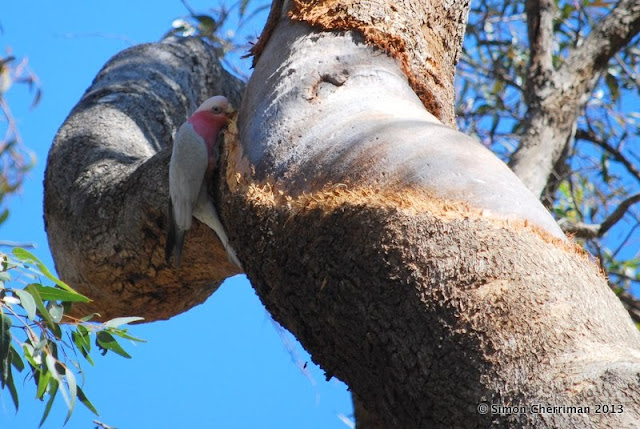 When Europeans first paddled a long boat up Derbarl Yerrigan (Noongar for the Swan River), Perth was a very different place. The coastal plain was covered in Banksia woodland, and the hills were blanketed in virgin forest of giant jarrah and marri trees. Inland of the Darling Range stretched an enormous woodland of wandoo, weerluk (salmon gum) and other eucalypts. Today this has been replaced by a vast area of agricultural land which is known as the Wheatbelt, but, as a result of salinity and climate change, is fast becoming a barren wasteland.
Felling trees on a landscape scale, replacing them with shallow-rooted cereal crops, spreading many introduced grasses, and installing thousands of bores and dams altered southern inland WA forever. There are still pockets of bushland, but the wildlife these areas (and the broader region) can support is a shadow of its former self. However, not all animals were negatively impacted by land clearing. Some have benefited enormously from the landscape changes, and changes in their population has an affect on Perth bushland. How?
The Galah (Eolophus roseicapillus; also called the ‘pink-and-grey’) once only occurred far inland, more than 500 km to the north and east of Perth. It began to visit this region in the early 1900’s, but only occasionally. When land-clearing went full steam ahead between 1930 and 1960, its population boomed, colonising the south-west in a relatively rapid, widespread expansion. This was a result of a huge increase in its main food (the seeds of grasses, including wheat), and the supply of permanent water on farms. It was not until the 1980’s that this bird established at Armadale. Such information is only available because a few dedicated ornithologists carried out survey expeditions and kept track of changes happening across the state. The information is stored in the WA Museum, highlighting the importance of wildlife study and record-keeping institutions in our society.


Galahs are now very common in the south-west, including the Perth suburbs. Like many birds, they breed in tree hollows, being the only cockatoo species to use other material (gum leaves) to build a nest inside. They also happen to be a very aggressive guardian of nest hollows, so once galahs move into a tree, they chase other species away, deterring many smaller birds from breeding. They have even been recorded driving out larger, endangered species like Red-tailed Black Cockatoos.
Their long-term attachment to a nest tree also means galahs like to advertise that ‘this is our place’. To do this they chew huge patches of bark off the trunk, and wipe powder from their feathers onto the bare patch, leaving a chalk-like appearance. It’s thought that ‘painting’ this smooth surface white makes it highly visible to other galahs (and perhaps other parrots), which probably see an extra vivid mark by seeing in the ultra-violet spectrum. The blue patches just below the cheek on male Budgerigars don’t look particularly vivid to us, but to a female budgie, who can see ultra-violet light, they glow very brightly. 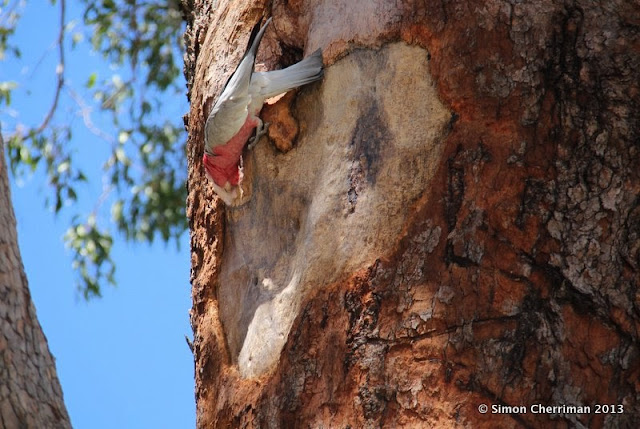 It has been suggested that this Galah chewing habit aims to stop nest predation by climbing animals such as goannas, which climb trees to raid nests. However, there is no real evidence to support this: no goannas have been known to lose their footing on smooth bark, and the scars are not made right around the tree, just on one face on the same side as the nest entrance. There were also early theories that Galahs aim to kill trees and speed up the hollowing process, thus creating future nest sites, but, as Ian Rowley says in his early publications on Galahs, no animal is known to be capable of such a degree of forward thinking.
Whichever the case, Galahs have become so common in a region where they previously didn’t occur, and this isn’t a good thing. In many patches of bush around Perth, all the large, hollow-bearing trees have a resident pair, defending their home from most other birds and giving them ‘Galah scars’. Scarring causes massive stress to trees, and consequently the health of many bushland areas suffers. Keeping in mind our bush already has enough to put up with as habitat fragmentation and changing climate bring increasingly dry conditions.
The Galah story gives us an example of how changes to a landscape in one area can cause a native species to become over-abundant, and have large impacts to vegetation and creatures living in another. In bush around Perth now, you will see Galahs occupying many tree hollows, introduced Rainbow Lorikeets taking over the others, and the occasional native Australian Ringneck or ‘28’ squeezing in where they can. Other natives like Red-capped Parrots, Purple-crowned Lorikeets, Elegant and Regent Parrots, as well as a whole suite of LOCAL native birds and mammals, are either totally gone or severely reduced in number. Overall we see a loss of biodiversity, an ‘ironing out’ of the landscape which once had many different shaped and sized ‘bumps’. Each bump is a different plant or animal, responsible for a different task in the ecosystem, and the ‘job losses’ which result from diminished biodiversity are negative impacts to the landscape.
Nature works in weird and sometimes not-so-wonderful ways. 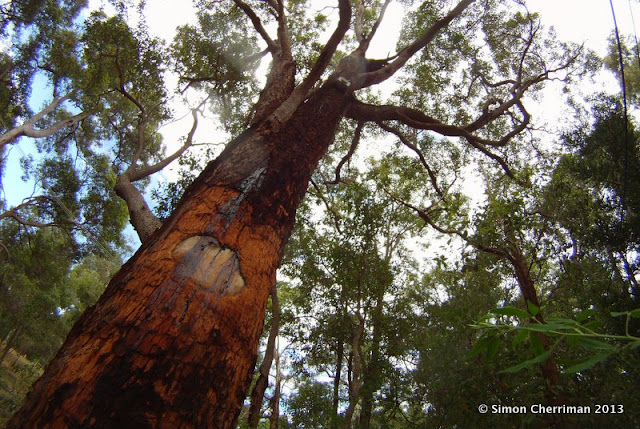 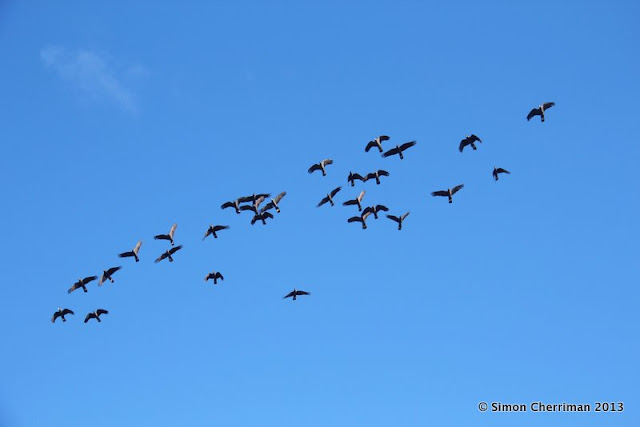 During the last few weeks, one of our most charismatic birds is returning to the Perth hills in numbers. Baudin's Cockatoo (Calyptorhynchus baudinii) can be heard flying in large flocks and squawking noisily overhead, and if you're lucky you might also see them feeding on plants low in the understorey. This species can easily be confused with the similar Carnaby's Cockatoo - the two are nearly identical to look at and much of their repertoire overlaps, however Baudin's emit a very short 'witcha-witcha' or 'woodchip-woodchip' contact call that gives away their identity.

Baudin's Cockatoos are known among environmental educators as 'the surgeon' because they have a precision tool used for feeding. An extra long upper mandible (beak) helps them probe into the top of the fruit of the local native Marri trees (dubbed a 'honkey nut') and extract the seeds with ease. This is also another feature which can be used to tell them apart from Carnaby's Cockatoos, which have a much shorter upper mandible, and consequently leave behind honkey nuts which have been chewed much more. If you spend some time carefully examining feeding debris, with some practice you can learn how to tell 'who's been there' without having to see or hear the birds.

Here's a female Baudin's Cocky feeding expertly on a Marri fruit in our front yard today - what a thrilling addition to my trip to the mailbox this afternoon! 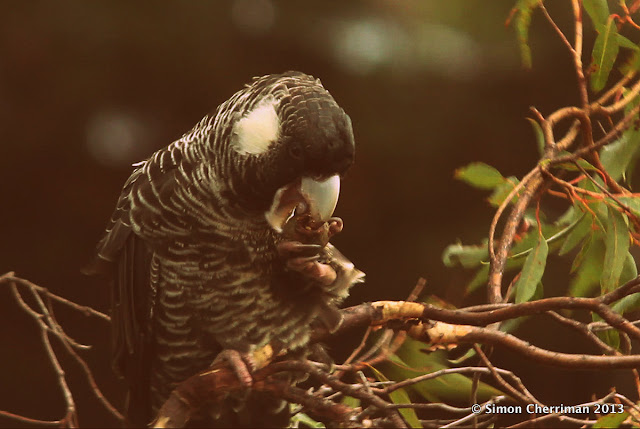