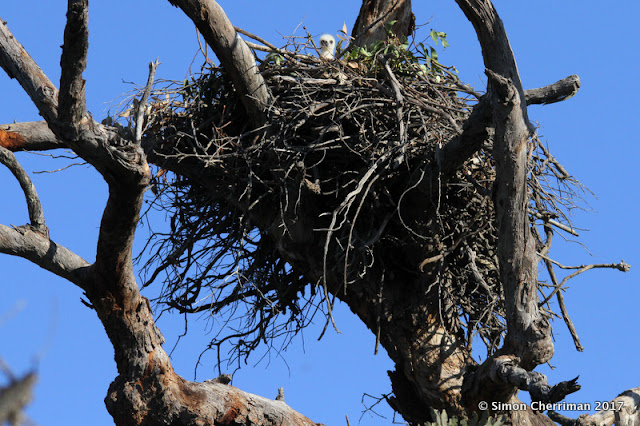 It's the time of year again in this beautiful season of Djilba when our marvellous Wailitj / Wedge-tailed Eagles are welcoming their new eaglets into the world. Yesterday I was thrilled to come across a wedge-tail 'suspiciously' gliding into the trees and a few minutes later, locate a new nest, one of those 'rare' ones in which both eaglets had hatched successfully and survived their first ~5 weeks. 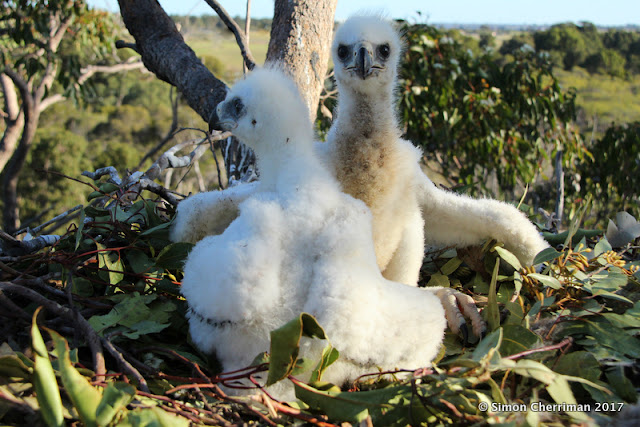 On most nests I monitor, the larger eaglet kills the smaller one during the first fortnight, so it was very exciting to find both chicks looking fat and healthy.

The arrival of 2017's first eaglets has recently inspired me to post a few images on my Instagram and Twitter accounts, which prompted 720 ABC Perth to get in touch. Last week I was very fortunate to be given the opportunity by Gillian O'Shaughnessy to talk on her WA Afternoons program, so I had the idea of arranging this to be done live from the canopy of a tall Marri tree in the Perth Hills! The interview was booked for 2 pm on Thursday, and just beforehand, I was thrilled to climb another of this year's new nests, peer over the edge, and be greeted by this magical sight... 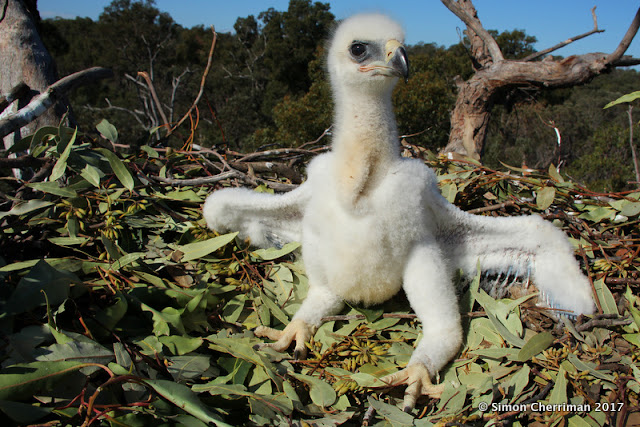 This eaglet is almost 4 weeks old, and as you can see in the below photo, still has a tiny egg-tooth, something which, after helping the chick break out from within its calcified prison, remains present on the end of its new bill for about 5 weeks. His first amazing primary feathers were emerging too, just visible as tiny feather pins in the above photo.

It was very exciting to share this sight with ABC listeners, talk about my ongoing eagle research, and also mention the 'Where's Wailitj' Crowdfunding campaign that I'm currently running via the awesome team at Pozible. This publicity, and the fantastic article published by the Hills Gazette the following day (which talked about some of the threats to juvenile wedgies like drones that may have killed Walyunga earlier this year), created some nice media attention and helped the crowdfund climb even closer to its target! I am so grateful to all those who helped publicise my research!

If you missed the interview you can listen to it now on the ABC WA Afternoons blog here.

And if you haven't pledged to the crowdfunding campaign yet, watch this video and then visit the Pozible campaign website to make your pledge!