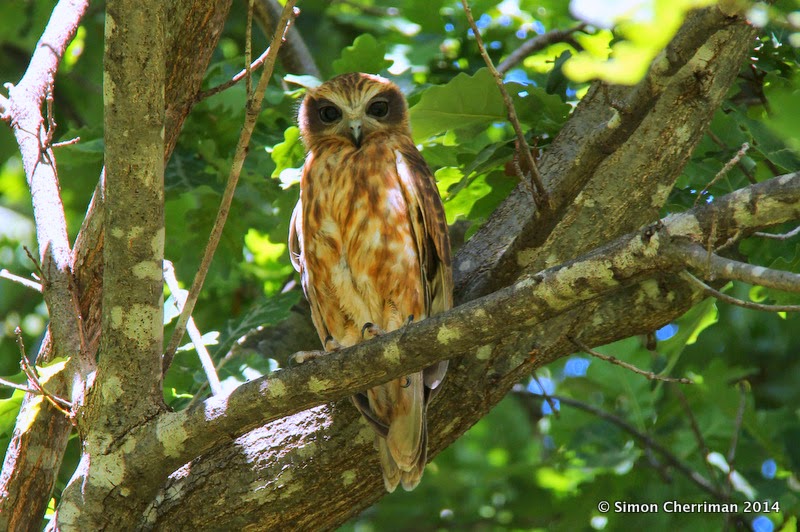 Do you have rats in your roof? Aren't they annoying! They run around making a racket at night, build nests in the ceiling, and eat the fruit from your garden produce. But before you make the all-to-popular decision of lacing your roof-space with rat poison, stop and think about the impacts.

Rat poison or 'rat-sack' comes in pellets or cubes (which usually contain strychnine) and is a silent killer. The rats eat the pellets and it causes muscular convulsions and eventually death by asphyxia (suffocation). This may temporarily alleviate your 'roof rat' problem - but it will also stink out the house once a few rats die. It is virtually impossible to get rid of rats completely, without going to great lengths to prevent them re-invading, like wiring off every hole bigger than a 50c piece with very fine mesh. The Black Rat (Rattus rattus) is a permanent resident, being most common around human dwellings and it seems, at least in the Perth Hills where I live, there is a constant population ready to re-occupy your roof.

In many cases of poisoning, rats will take a sub-lethal dose and not die for some hours, moving around very slowing in the open. They will also rush to try and find water, even if it means going against their nocturnal routine and wandering outside in broad daylight. In the past I've seen near-dead rats crawling along the ground very slowly just on dusk. This makes a poisoned rat an easy meal for a variety of other silent killers which are much more natural than poison, but which can achieve a similar outcome when it comes to rat control.

So who are these 'silent killers'?

One of them is this fella: 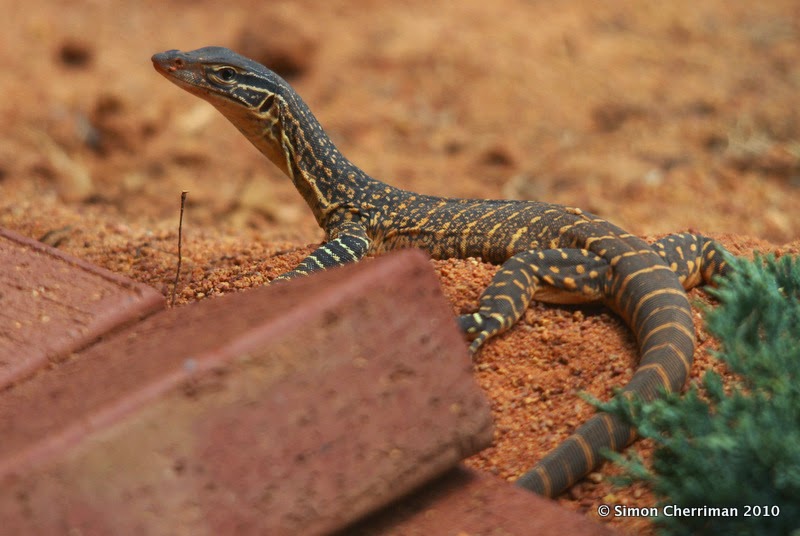 You might have read the above post several years ago - I was very excited to find a resident Gould's Goanna (Varanus gouldii) living in a burrow at my parents' place. This species has a varied diet which includes many insects and spiders, but they will also sniff our rats' nests and clean up a brood of baby rats.

Another similar animal with a slightly different lifestyle is this guy: 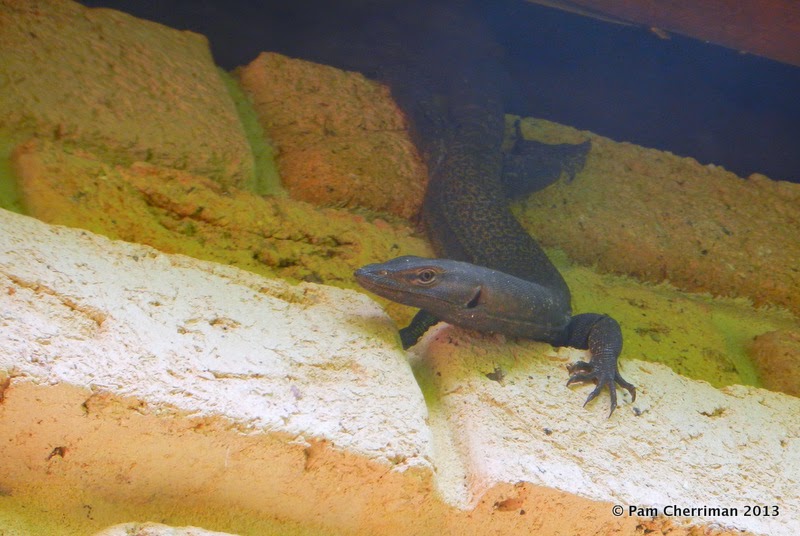 This is a Black-headed Monitor (Varanus tristis) - an arboreal lizard which has adapted to using peoples' roofs as a sleeping place, instead of tree-hollows. And what does it do in your roof? Well, it spends much time sleeping and hiding from predators, but no doubt it also uses its forked tongue and excellent scent-detecting ability to find itself a meal of tasty Rattus rattus.

And finally - the most silent and possibly the most beautiful of killers. This marvelous creature: 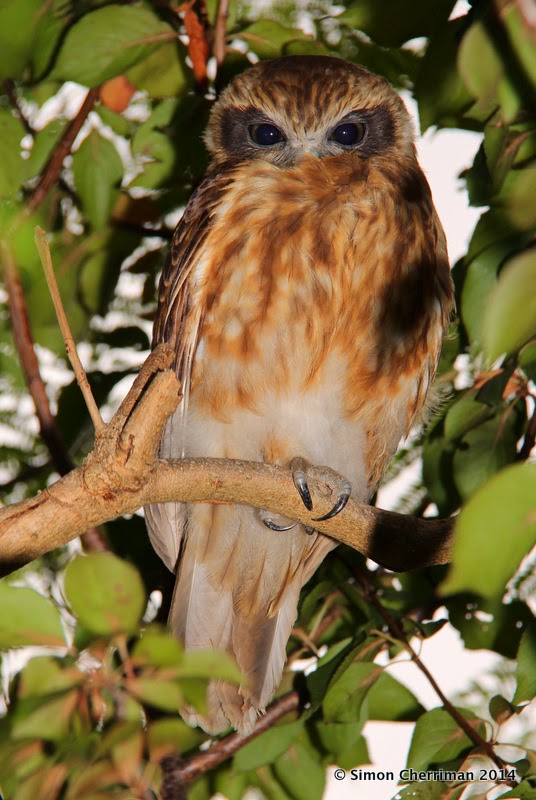 It was named thousands of years ago 'Kookomit' (pronounced 'goog-a-mit') by the Noongar people of south-western Australia. Another name more commonly used today is the Southern Boobook, or 'Mopoke' - all three names being derived from it's two-noted 'book-book' call which European settlers first thought was a cuckoo calling at night.

Like many owls in the 'hawk-owl' family (there are 4 Australia species), Boobooks roost during the day in dense vegetation. At this time of year, adults part after the breeding season and find an individual site which they return to every dawn, spending the day sleeping and resting before the next night's hunt. However, if neighbouring birds spot them their daytime sleep is rudely interrupted and the smaller birds will cause a huge commotion, flapping around, clapping their beaks and giving raucous alarm calls to warn other birds that a predator is near. About a fortnight ago my Mum was alerted to this very situation when she heard a whole bunch of wattlebirds, small honeyeaters, butcherbirds and magpies all creating a ruckus, and her clever detective work revealed a Boobook roosting in a tall, densely-leafed conifer tree in the back yard. Since finding this roost we have managed to collect a range of pellets and begun investigating this particular owl's diet. Like most birds, owls regurgitate small pellets containing the indigestible material, like bones, fur, feathers and insect shells - consumed while feeding, and these lend valuable insights into their prey.

Here's a picture of some of the pellets during analysis: 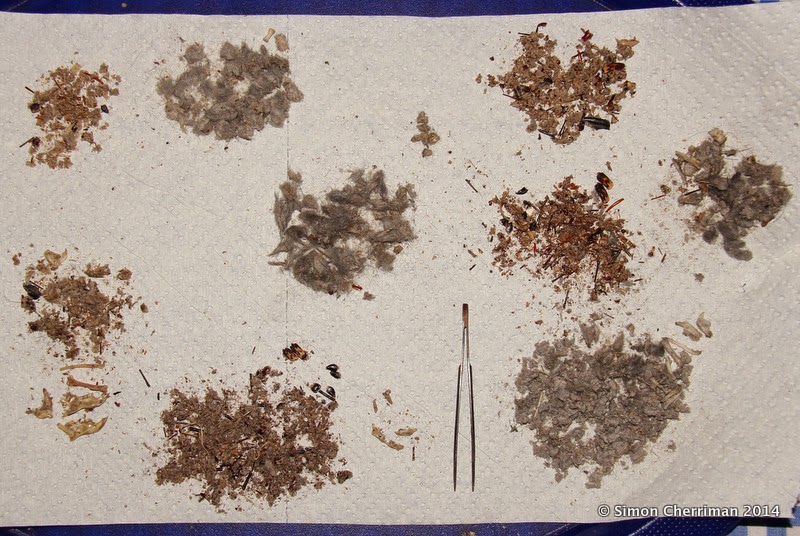 So far we have collected over 20 pellets, and found a range of insect and mammal prey. I plan to write this up in a small publication at the conclusion of the study, but in the meantime, here are some of the most interesting findings. The most prominent animals in our Boobook's diet have been Black Rats and House Mice (Mus domesticus), with the pellets so far revealing 5 individuals of each of these species. Some pellets have had clear rat evidence in, like in this pellet, which has 2 lower jawbones, one fragment of the upper jaw/skull, as well as whiskers, fur, leg bones and beetle shells: 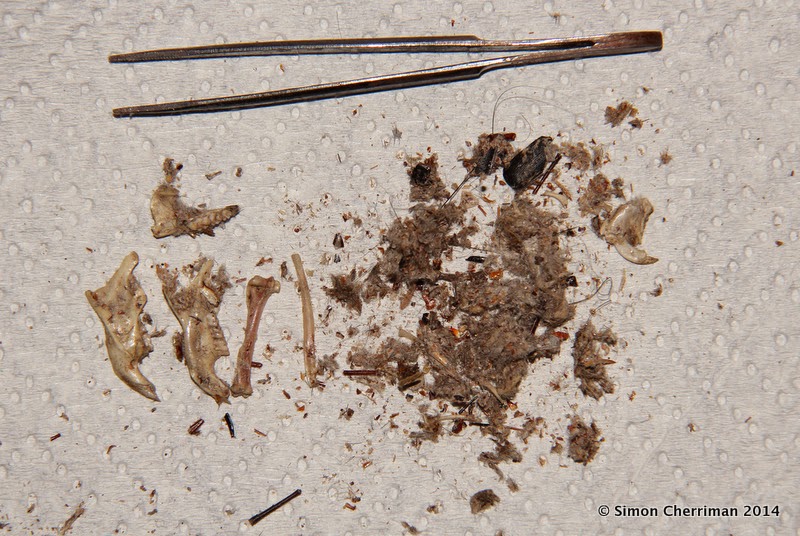 My Dad was extremely pleased to hear about this 'rat eater'. It was very interesting to note that rat numbers (both from rats observed in the backyard and from the racket they made at night in the roof) seemed to increase at the end of summer, then decrease suddenly after regular observations of the lizards and now the owl in the last 6 weeks. Both my parents have been thrilled to see these different animals and learn that native predators can help control rats. And for the record, I totally banned them from using any sort of poison a few years ago!

My message is to think wisely before you act. I accept that not everyone has a backyard or trees which allow them to encourage native, rat-eating predators. But there are many alternative methods of rat control which do not put harmful toxins into our environment, one of which is called 'Racumin' by Bayer. You can also trap rats and mice live and kill them by hand, or if you are really opposed to this, relocate them. So many thoughtless human actions can lead to the death of wildlife, and pets, which may also fall victim to secondary poisoning via a rat meal. Imagine if, like my experience years ago, you go outside and find not a near-dead rat, but instead, another animal which has unknowingly eaten its last meal in the form of a strychnine-laden rodent? This could be your beloved pet, or a beautiful, delicate owl. 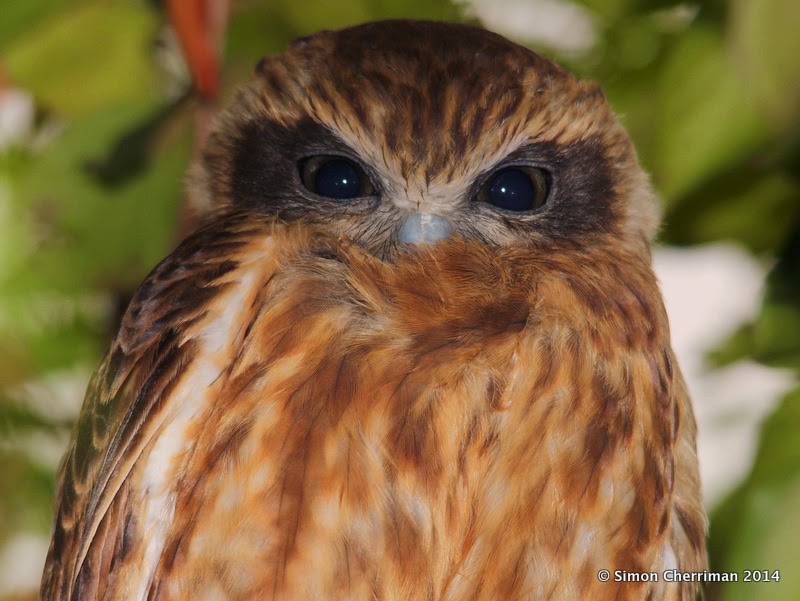