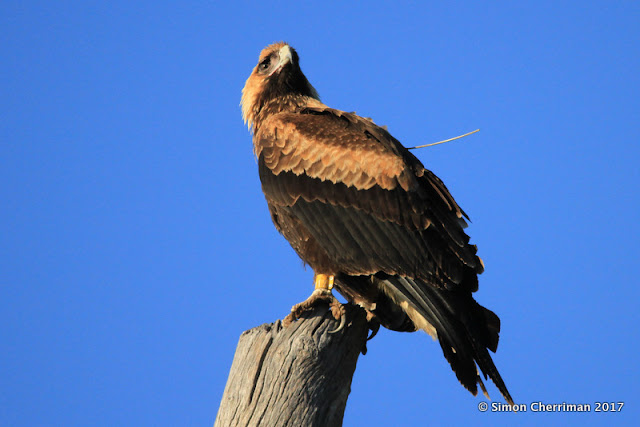 You might remember a few weeks ago when I was thrilled to find Kala, our sat-tagged juvenile Wailitj hanging out with his parents, and be lucky enough to take some close-up photos of him perched in the morning sun. Today Australian Geographic reported on a recently published journal article about Wedge-tailed Eagle movement ecology (as studied by DNA), and one of these photos of Kala featured as the headline image! You can read the article, which contains some very interesting findings about the ecology of wedgies in Tasmania, at the Aus Geo blog here.
Posted by Simon Cherriman No comments: 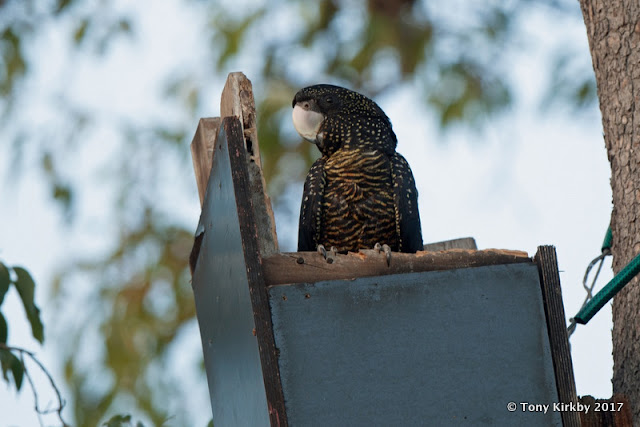 Early last year the City of Armadale gave me the wonderful opportunity of installing a variety of nest-boxes for wildlife throughout several bushland reserves, many of which were designed for Black Cockatoos. I was extremely excited when Tony Kirkby, a cockatoo biologist, who, along with Ron Johnstone from the WA Museum's Cockatoo Care Project, has studied Kaarak's (Forest Red-tailed Black Cockatoos Calyptorhynchus banksii naso) for many years, emailed me through the above photo. This was a fantastic sign that less than a year after installation, one box was being used for breeding!


Today I was installing more nest-boxes (this time for microbats) in the area and took the opportunity to visit the active cocky box. Under Tony's guidance on the phone, I walked quietly through the bushland to the nest tree, and after observing for a few minutes then 'raking' (knocking on) the nest tree, discovered the female did not emerge. This was a good sign that a chick had hatched because adult Kaaraks are known to only brood their nestling for a week or so, then leave it on its own for most of the day while away foraging. Tony was happy for me to scale the tree and confirm there was a chick present, and also to photograph in order for its age to be estimated. When I reached the rim of the nest-box, I was met with this absolutely remarkable view! 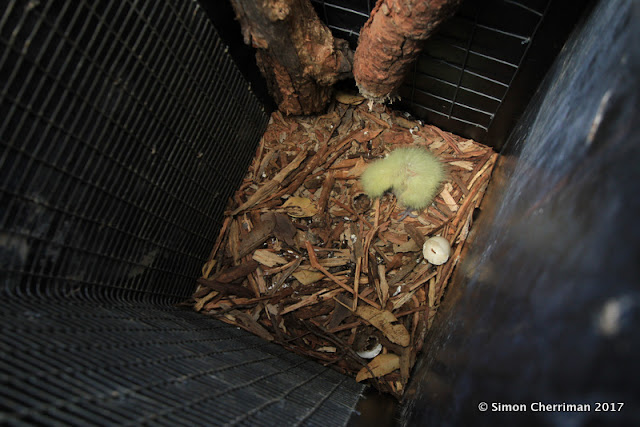 A tiny ball of yellow natal down-feathers huddled in one corner of the nest-box, swaying ever so gently from side to side. This beautiful new gift to the world was only the second Kaarak chick I had seen in real life, and appeared a lot smaller than I expected. I lowered my camera inside the box to snap a few closer photos from a side angle, then film a few short video clips (watch a short one of this beautiful young bird on my Facebook feed here), just as a large flock of Baudin's Cockatoos flew noisily over the treetops. The nestling made a few soft rasping noises and swayed from side to side, but otherwise showed no reaction to the goings on in the outside world. Keen to keep disturbance to a minimum, I snapped some descending gear onto my rope and left the canopy behind, then walked away from the nest tree as quietly as I had come. The only sign of adult red-tails was a single, distant 'kreeee'. 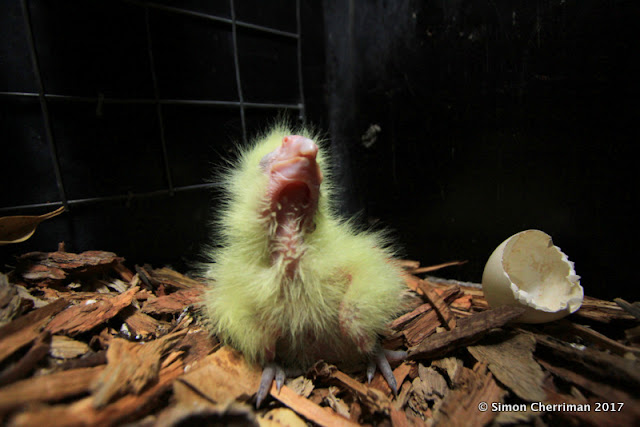 After seeing these photos, Ron and Tony tell me this young Kaarak is just under a week old, and is quite young to be left alone by itself, but it does happen. I am most grateful to Tony and Ron, who mentored me during the successful use by Carnaby's Cockatoo of a nest-box in the Mundaring Shire just over a year ago, and who continue to offer guidance with various ornithological projects I am involved in. What a lucky find - and an awesome way to end the week! 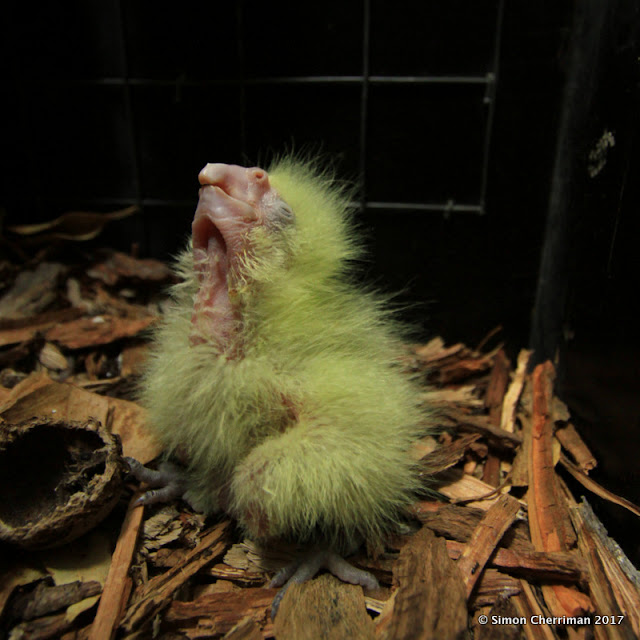