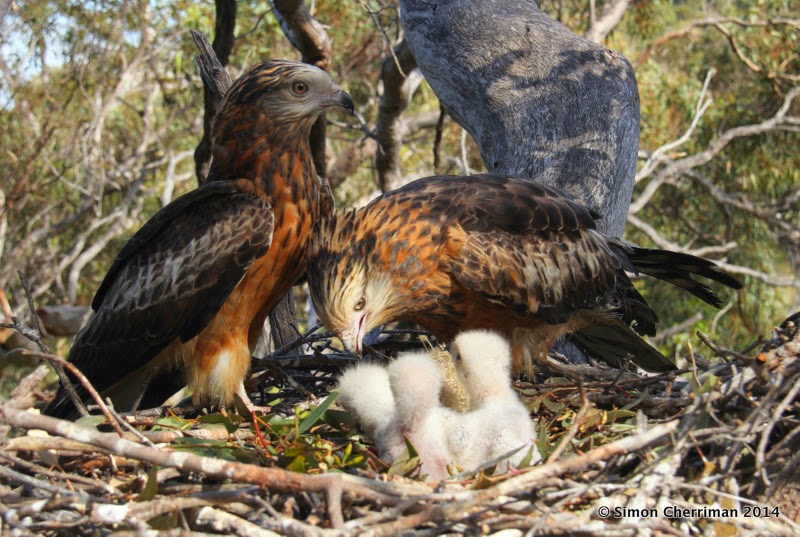 KAMBARANG! This Noongar (Aboriginal) word is the name of the current season we are experiencing in south-west WA, also known as Spring. It is a time of plenty, when creatures of the bush are capitalising on abundant resources to raise their young. This is especially applicable to our fabulous birds of prey. If you've read my other posts before on Square-tailed Kites, you might have realised that I have quite an affiliation for this species! Being involved in the rescue of a chick in 2012 was all I needed to make this bird of prey soar up to become one of my favourite animals in Australia. Today I was again privileged to visit the same kite family for the third year in a row, and photograph their behaviour at a nest. It was so exciting to see the female brooding 3 small chicks!! (Last year their single egg failed, and the previous year they raised 2 chicks).

One interesting observation I recorded on film was the male kite (who is responsible for delivering most of the food) landing on the nest with an entire Silvereye nest, which contained one chick. Square-tails specialise in foraging close to the canopy and picking off nestling songbirds, which are usually extracted from their nest and carried off. But for 'small and tricky to handle' prey species like Silvereyes, there's nothing like delivering food inside a pre-made shopping basket!


The male kite barely spent any time at the nest - he would deliver prey and then take off again on another hunting foray. The female fed her chicks with the delicate care that all mothers in the animal kingdom show, and after feeding she took care to brood them beneath her warm feathers. Here you can see the female feeding 2 of her chicks, an image which has been ingrained in my mind for most of the day. It is a scene that I will certainly never forget! 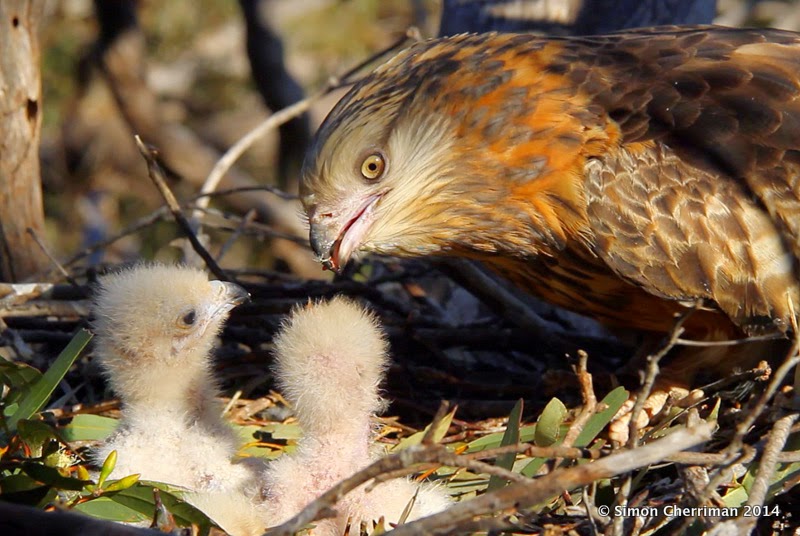