Gulls under the Snow 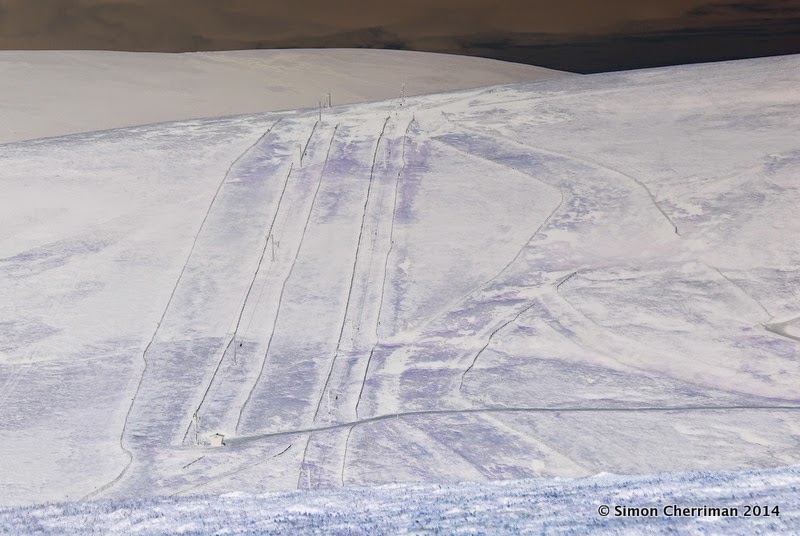 Here's what a typical ski slope in Scotland looks like during the winter. Not the sort of place you would expect to find many animals - other than dozens of avid skiers having their winter fun. But lying beneath the snow is a varied and beautiful ecosystem, waiting to come to life when the snow melts. 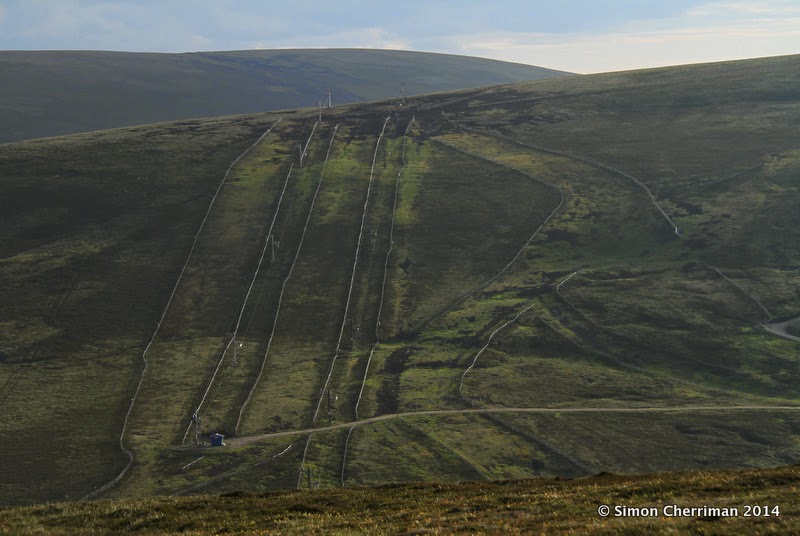 The greenery you now see is more than just grass - carpets of moss, heather, blaeberry and many species of lichen cover these hills when the sun comes out, and each shows their beautiful character in spring and summer. And there are animals here too - Mountain Hare, Red Grouse, Short-tailed Field Voles and among other, gulls. Despite being named the Common Gull (Larus canus), this species is not as common as its name implies, with the number of breeding pairs showing marked declines in north-east Scotland over the past 30 years. The disappearance of one breeding colony (which can number 3000 birds or more) due to increased predation, bad weather and habitat loss can make a large dent in the population. For example, the total Scottish population declined from c. 40 000 pairs in the 1998-2000 period to c. 32 000 in just 4 years.

The Common Gull feeds in a variety of environments but its breeding habitat is the very upland moors that lie beneath the ski slopes. Here is a photo of a several hundred-strong colony just above the ski slopes. 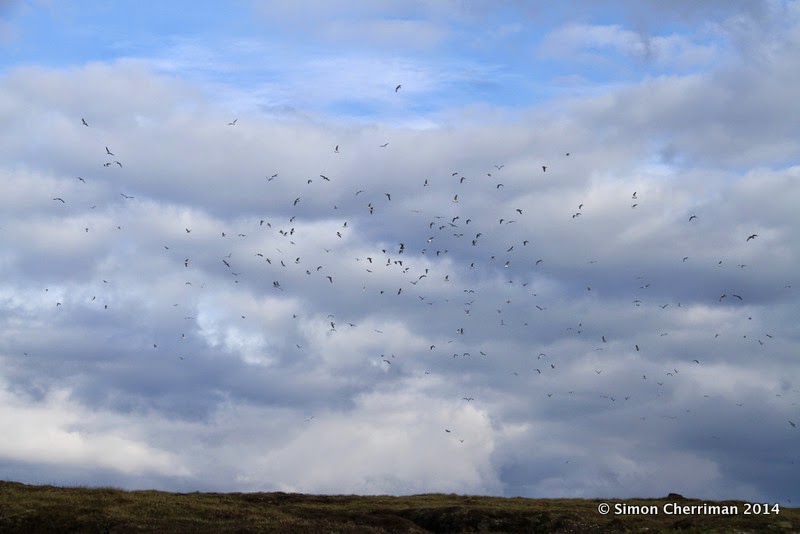 Beneath this flock of gulls, hidden among the diverse moorland vegetation, lie many clutches of well-camouflaged eggs. A Common Gull nest is nothing more than a depression in the heather, lined with moss, lichen and fine grasses, on which the speckled eggs are deposited. 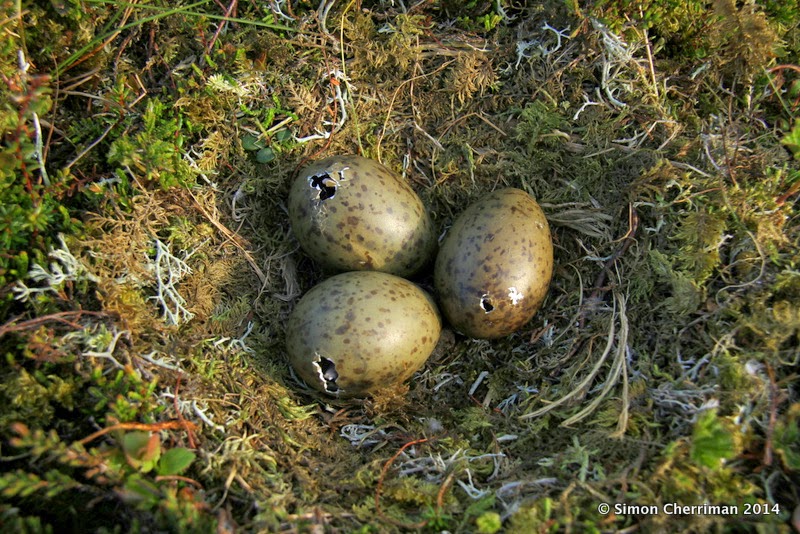 This nest holds a typical clutch of 3 eggs, and you can see that these ones have tiny holes in the end - they are just hatching! Birds chip through the shell using their egg tooth, cutting a section out of the rounder end of the egg, before popping out. In this way most of the egg is kept intact, and it is therefore obvious if you find an eggshell whether it has hatched, or been predated by crows, which smash into the egg and leave a hole in one side, not at the end. 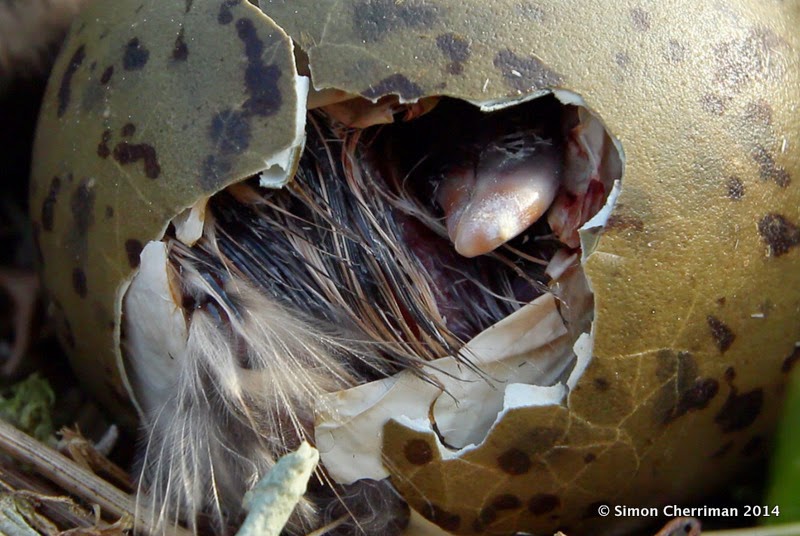 This gull chick is not far away from being able to squeeze out of the egg. You can see it's tiny white egg tooth on the top of the bill. Once emerged, the gull chicks huddle with their siblings in the nest depression, being brooded by their parents until all eggs have hatched, and their wet down feathers dry out and become fluffy enough to insulate them. You can see how well their flecked down feathers help them blend into their surrounds. 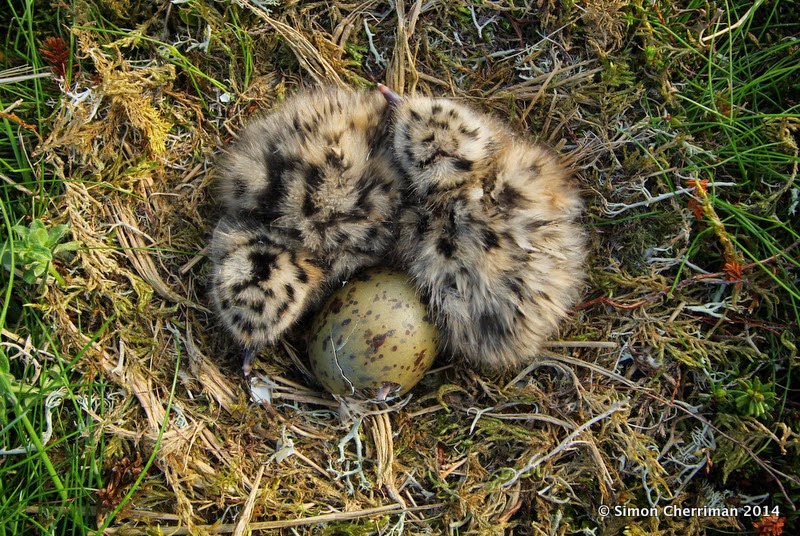 Here's a shot of the above nest, showing its proximity to a nearby walk trail, and the top of the ski lift, which is shown by the pole just right of centre. 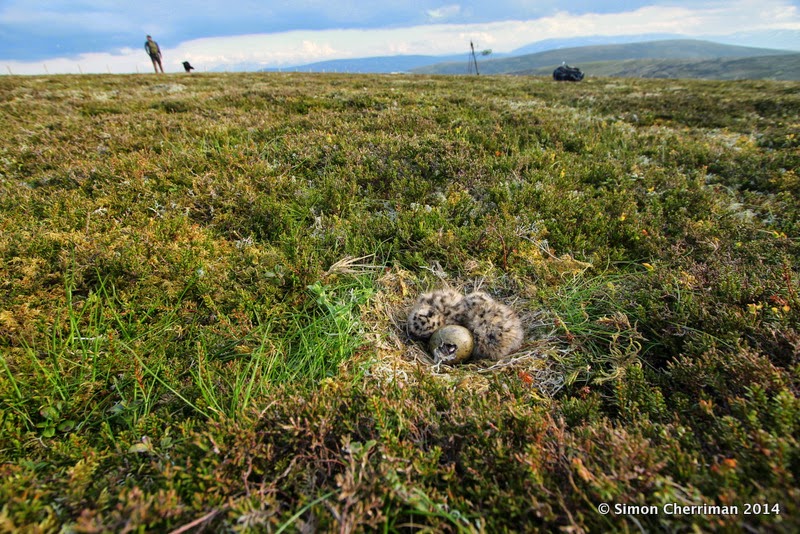 A day or two after hatching, the Common Gull chicks begin to walk around among the colony, sometimes staying together with chicks from other broods. When danger approaches, they simply huddle down among the heather and lichen, relying on their camouflage to stay hidden. Here's one chick which has left the nest - you can also see this one's tiny egg tooth at the tip of the bill. So next time you head to the snow, don your skis and tear down a slope with the cold wind chilling your face, have a think about what lies beneath the ski runs. Nature is full of many secrets.