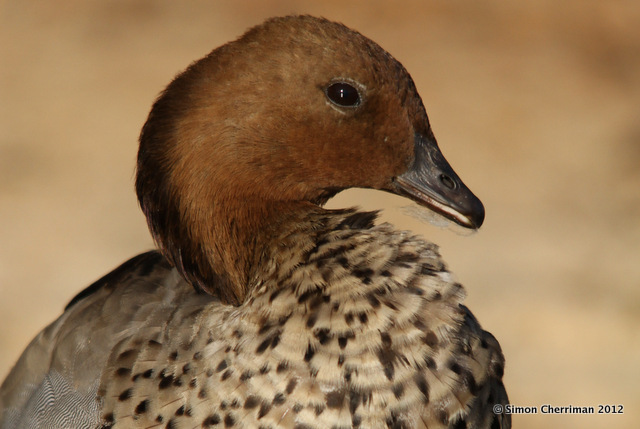 It’s duck season in the Perth hills - and there is fierce competition as always. But the sport I’m talking about involves ducks as competitors instead of people, and the prize is not a meal but a place to nest...

Two species of native duck which are both common in the Perth hills are the Pacific Black Duck (Anas superciliosa) and the Australian Wood Duck (Chenonetta jubata). A male Wood Duck is shown in the picture above. Both types can be regularly observed on dams, swamps and waterways around the hills (like Lake Leschenaultia), as well as on the coastal plain. You might already know that when choosing a nest site, the Wood Duck always selects a hollow in a tree. Over the last few weeks I’ve seen pairs of Wood Ducks inspecting various tree hollows around my dam, including my nest boxes. Both birds perch up in the trees, and the male watches patiently as the female takes time to check each hollow out in detail, flapping and landing close to them to see if any are to her liking.

Here is a pair looking at one of my boxes about ten days ago: 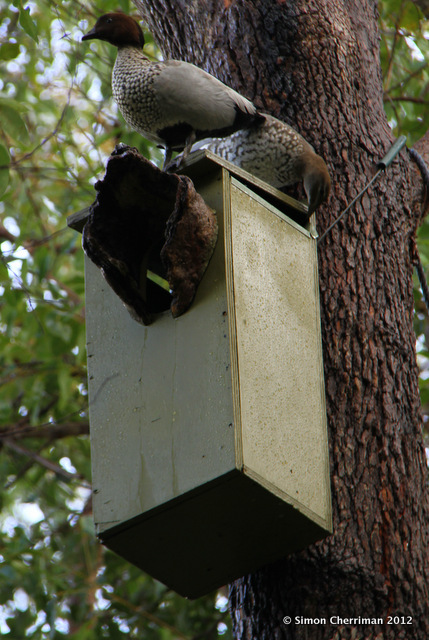 This is one of the great things about having nest boxes in your backyard - it’s easy to monitor the nesting behaviour of different species. And it’s even more rewarding when one actually moves in and lays eggs!

The other species I mentioned above was the Pacific Black Duck. I’ve recently observed a pair of these also getting ready to nest. They don’t always use tree hollows, but nesting on the ground is a risky business with introduced foxes common around our backyards. This morning I was thrilled to find five Black Duck eggs in one particular nest box in a tree above my dam. This is nothing unusual: I’ve had them nesting in my boxes for over ten years now (you can read about their breeding last year here).

A few days ago I mounted a motion-sensing camera on the Black Duck nest box, just to see if I could capture footage of the birds preparing to lay eggs. I was initially rewarded by this image of the female duck peeking out one morning, after laying her first egg. 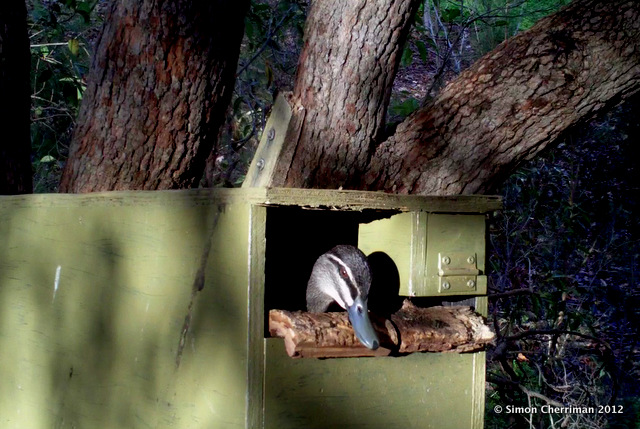 Now here’s where the story gets interesting...

Just after this photo was taken, the female Black Duck covered up her egg and left the box, ready to return the next day to lay her second egg. But about 2 hours later a female Wood Duck lands on the box and starts showing some interest. It obviously looks like a good spot for her nest too, as she doesn’t waste any time in going in herself! 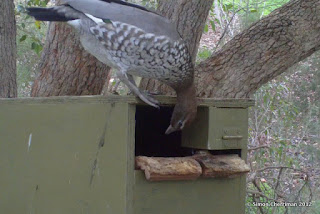 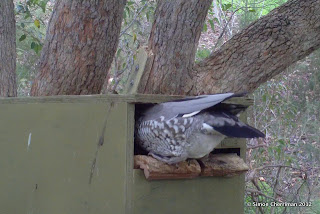 Then her mate, the male Wood Duck, lands on the branch below the nest and looks in.
“How does it look in there dear?”

To his surprise, the female Black Duck returns to see what’s going on! 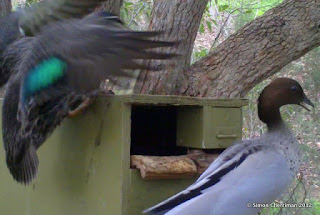 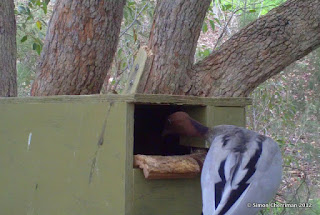 Then she get’s a bit suspicious:
“EXCUSE ME, but is your wife in there, sir!? WELL, I’ll have to go and see for myself!" 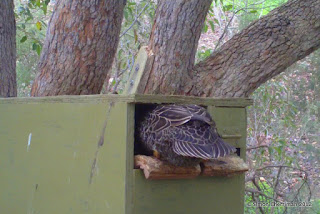 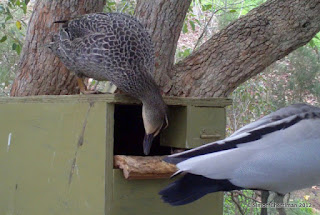 In she goes, and minutes later the intruding female of the opposite species is expelled in disgust. She rushes to the front of the boxes and bursts out quickly... 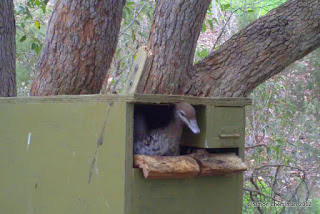 Her box well and truly defended and her egg safe and sound, the female Black Duck glares out in satisfaction.
What an interesting observation! It just show how much competition there is for nest sites around Parkerville! It also shows you how valuable motion-sensing cameras can be for observing wildlife behaviour.
I’ll be keeping an eye on this box over the coming weeks, so stay tuned for more updates :) 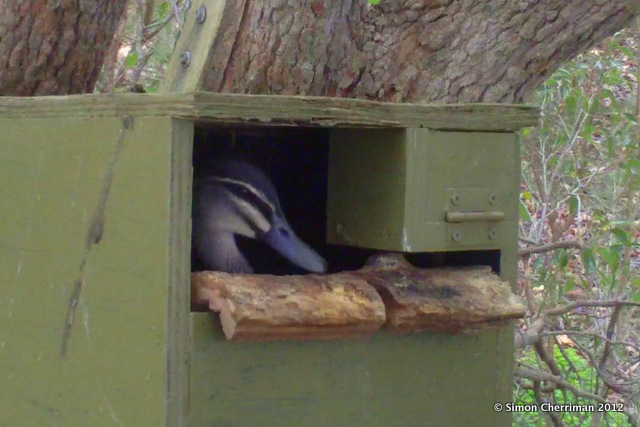