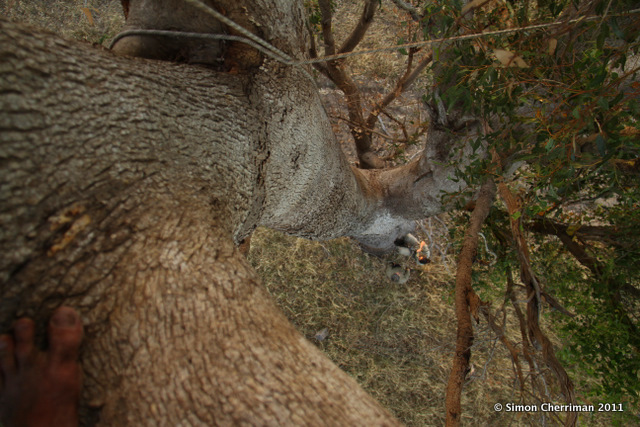 The name ‘Tuart’ comes from the Nyoongar word for the tree ‘dooart’, a similar sounding word. Confined to coastal limestone areas between Jurien Bay and Busselton, tuart trees are enormous eucalypts. They extend over 40m into the sky, their rippled grey-brown branches stretching out massive lengths between each fork. Some limbs are so thick that they make the trunks of most trees look thin.

Tuart forest is one of the most endangered forests in the world, with less than 10% of the original 1100km2 that once spanned the WA coast remaining. Unfortunately, much of this habitat has been lost to the urban expansion of the Perth metropolitan area, and sadly, the felling of giant Tuarts, some of which have diameters of 2.5m at the base, continues. The problem with this is in many cases, trees do not need to be felled to build houses. Much of the understorey in block of Tuart planned for development has already been cleared, so it would be very easy to build houses in the cleared sections and leave the giant trees standing. How AMAZING would it be to have such a tree in your backyard? But our progressively worsening obsession with safety and liability means that having trees above our houses is ‘dangerous‘ (because a leaf might hit someone on the head!), and we have to fell everything before building commences.

I’ve driven down many winding roads among Tuart trees, and the same thing always enters my mind. Climbing. And today was one of the rare occasions when I got to scale these amazing gums. Some good friends of mine were doing a tree assessment near some Tuart forest and when they’d finished, we all got roped up and spent three hours scaling this one massive tree. It was massive - but for a Tuart, it was a baby. Here’s a photo taken from the fork we reached, 25 m above the ground. My car looks like a micro-machine. See if you can spot my mate Andy, standing at the base of the tree: he looks like an Ant! 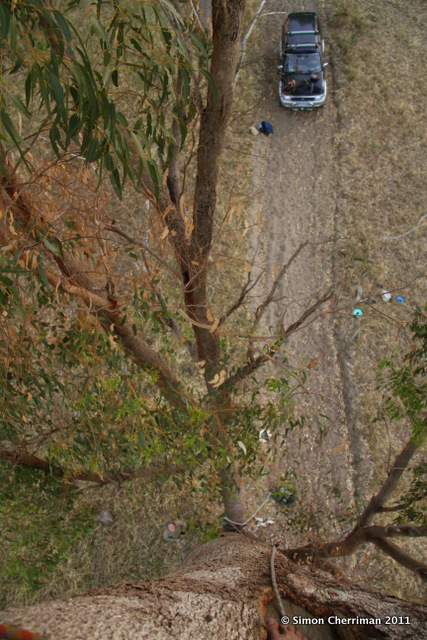