Parrots grow so fast! The Australian Ringneck or ’28’ (Barnadius zonarius) is one of the most common birds in the south west of WA. This species has readily used nest boxes in my garden for the last 5 years or so, and this year I have two boxes with birds nesting. The funny thing is that one pair has moved in to my Black Cockatoo nest box which, you could say, is a bit on the large side for a small parrot!

While climbing down from the Raven’s nest in the dark after retrieving my GoPro camera, I swung my climbing rope and positioned myself above the vertical entrance to the box, just to have a look. When I shone my head-torch into the box I was surprised to see this female Ringneck incubating her eggs (below). This is the second time the birds (presumably the same pair) have nested in this location - talk about deep down! 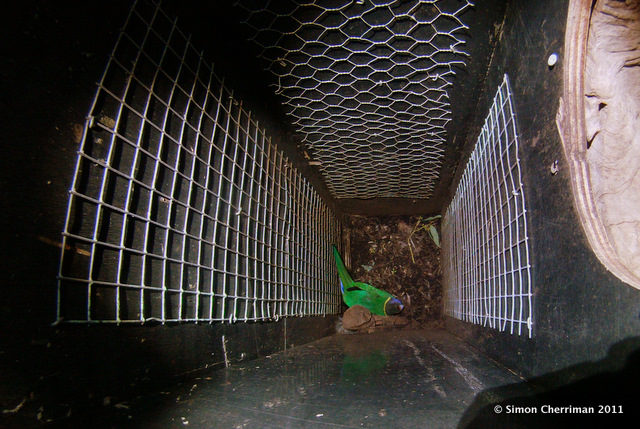 I discovered five white eggs in another of my nest boxes a few weeks later. This box had last year housed my first successful family of Red-capped Parrots, and I was somewhat disappointed not to have the less common species return (although they did nest again nearby). Nevertheless, I still got that feeling of excitement to know that something had decided to nest in a box made from entirely recycled material.

I kept track of the Ringnecks’ progress in this box over the following weeks to show you just how quickly the chicks grow. Unfortunately I left my camera behind on one occasion when I climbed to find the chicks when they were only a week or so old. Incredibly the female Ringneck stayed with her young as I peered into the box with amazement, perplexed by her behaviour. Anyway, here’s some shots from the visits where I did have my camera. The whole nesting event lasted about 2 months. 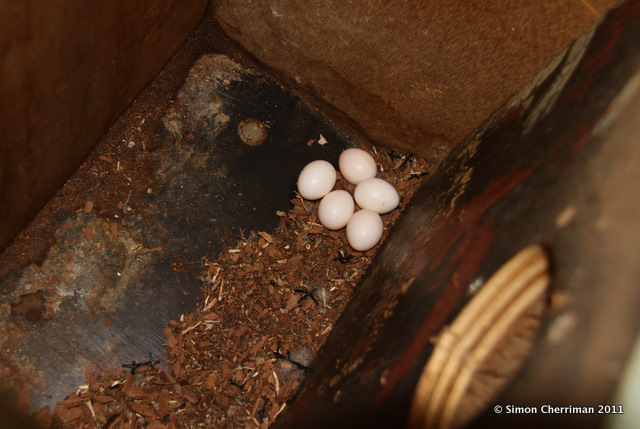 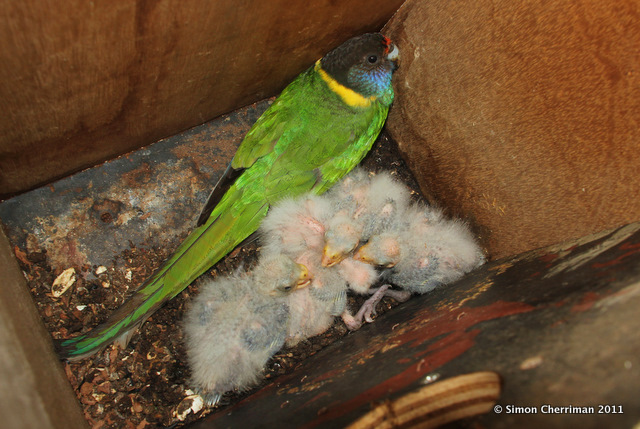 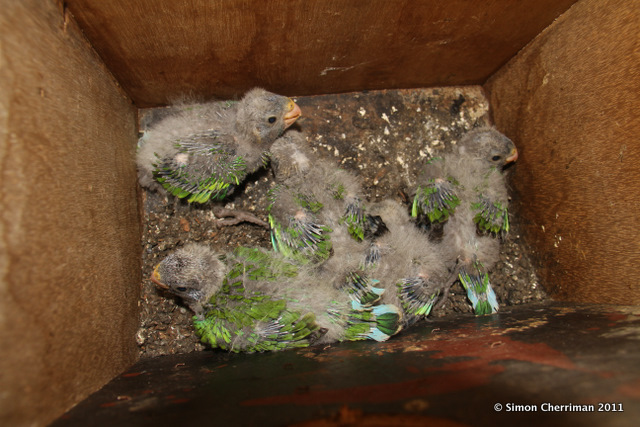 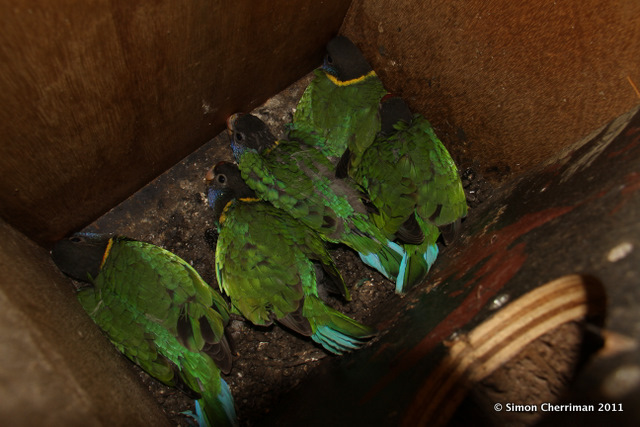 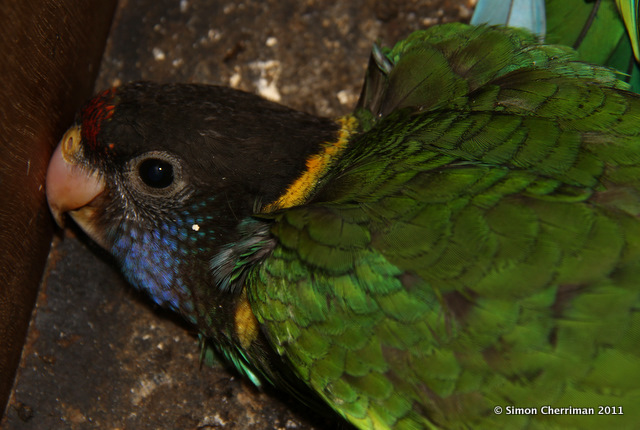