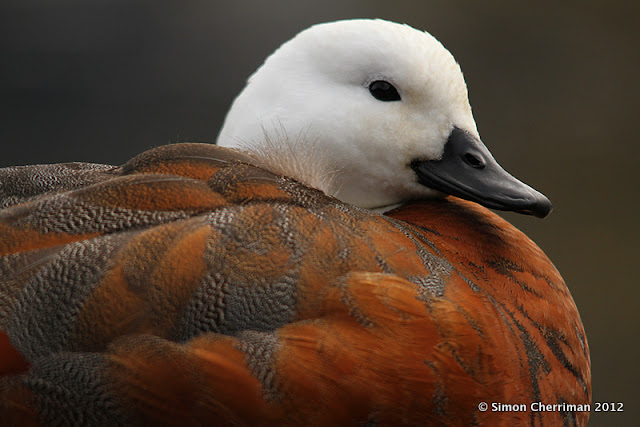 I crawled on my belly at the edge of the water in Milford Sound to get close (~5m) to this spectacular female New Zealand Shelduck (Tadorna variegata). Sandflies gathered in their dozens to munch my skin, making me nervous that I'd scare the birds away with each *smack*. My hands are still itching! I've seen so many pairs of this bird before but have NEVER been able to get so close.

This species is known as 'Putangitangi' in the language of the Maori people. Like the Australian Shelduck, it nests in hollow cavities in trees, sometimes as high as 25m in forests. The female has a pretty white head and gorgeous red-brown plumage, complimented by a speculum (window on the wing) that flashes green in the sunlight. The equally beautiful male bird (below) appears mostly grey, however, the fine feathers on the back are intricately marked with squiggles of black and white. Males such as this are known to make large movements, with juveniles dispersing widely from their natal area and sometimes settling in territories more than 100km away!

Who says ducks are boring!? 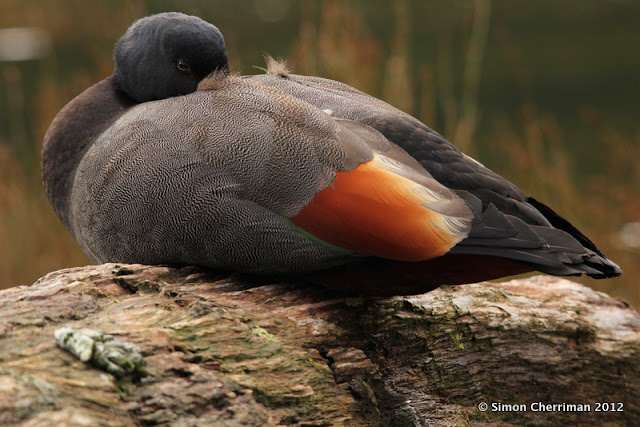