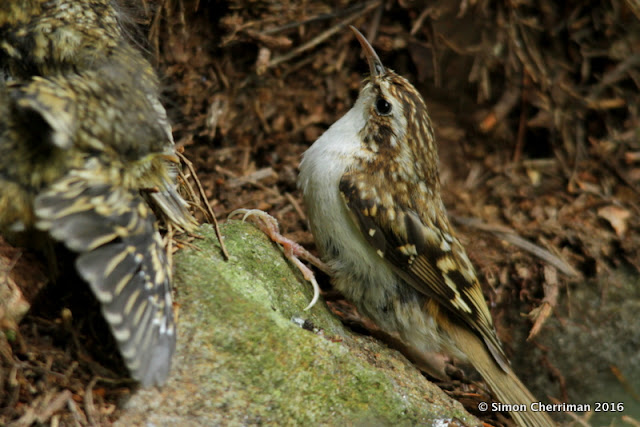 While Ewan and I were walking in a patch of woodland today, a small chirping sound from above caught our attention. I knew it was coming from a fledgling songbird, and scanned the canopy in search of any movement. After following the sound for a few minutes, we realised it was actually coming from the ground and being projected upwards in a way that sounded like the source was higher up. Suddenly we noticed a brood of recently fledged Common Treecreeper (Certhia familiaris) chicks, beaks pointed skyward as they tucked up against the upturned root mass of a fallen tree, only a few metres away from a well used walk-trail. They were very well hidden, except for their bright orange mouth-parts which flashed as they opened their beaks to beg for food. 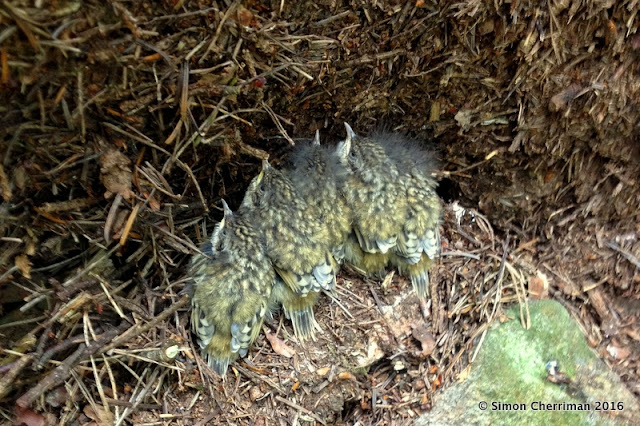 Counting the chicks was difficult due to their camouflaged feathers and the way they were huddled up, but eventually we could see there were five altogether. The adult Treecreepers were close by, making occasional contact calls while gathering food in the treetops. I hid in the grass next to a large pine and waited to see if I could take some family feeding photos. 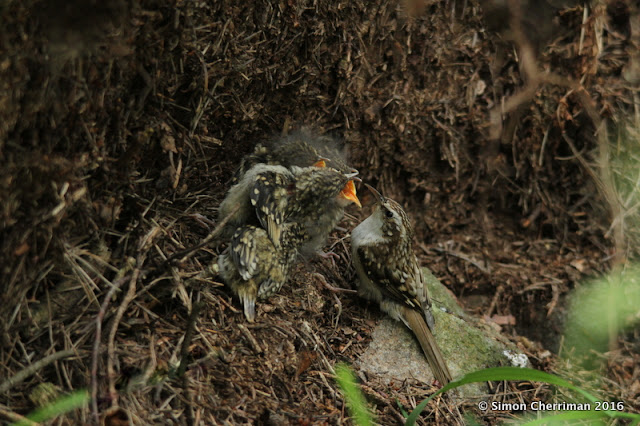 After doing a few fly-pasts to inspect the new object near their chicks, and landing to make sure their brood was still intact, the adult birds soon accepted me and continued feeding, bringing in a beak-full of insects every few minutes. Then they would zip over to the base of a nearby tree and creep upwards in short bursts, spiraling around the trunk to stay hidden while gleaning prey.

Then they would fly in and cling expertly to the upturned root mass, using their large claws to grip the rough surface and creep towards the chicks, before dropping down and using a mossy stone below the brood from which to deliver food. 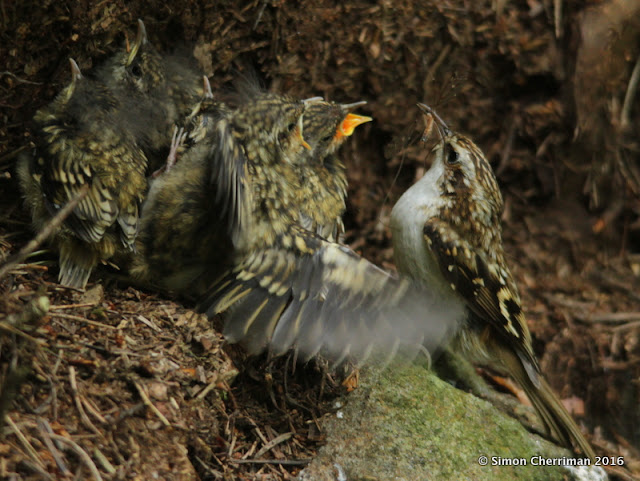 Occasionally, while leaning backwards to face their parents in a desperate begging motion, one of the chicks would tumble town the small slope of the root embankment, then quickly climb and flutter back to its cozy nook with the rest of the brood. I was amazed how determined the chicks were to stay together in their protective huddle. Like the young of most songbirds, these chicks expel faeces in a small, membranous sac which is easy for a visiting adult to collect and carry off to discard away from the nest site. This cleaning activity helps detract attention from the chicks, reducing the likelihood of predators locating and devouring them.


The time passed quickly as I watched and snapped photos, before it was time to head home and leave the birds be. It was a thrill to have found and observed this wonderful family of secretive woodland inhabitants. And again it proves that nature is so often 'doing its thing' right under our very noses. We just need to keep our eyes and ears out to make exciting and rewarding discoveries! 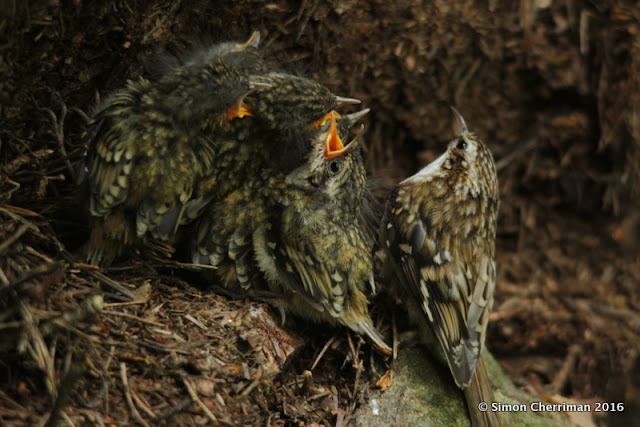