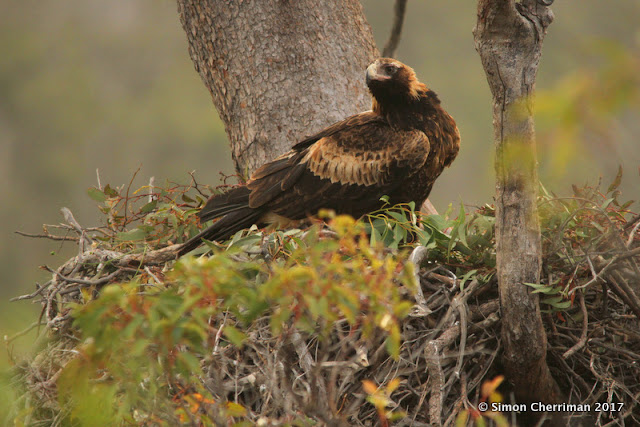 This beautiful Wailitj / Wedge-tailed Eagle is quite young (only 2-3 years old), and as most eagles do not enter the breeding population until they are about six, it is relatively unusual to observe a male of his age at a nest. I snapped the above photo from the top of a tree that I had scaled to see into his nest and age the chick, and by chance he suddenly landed on the nest for a brief moment, just long enough for a portrait. It was only seconds before he saw me and departed swiftly.

His mate had landed in a nearby tree and responded to my presence in completely the opposite way to her younger 'boyfriend,' perching in the sun and showing no apparent shyness. This is only the second time in over 15 years I have encountered a female Wedge-tail who is so bold; Aquila eagles are normally very shy indeed and fly away before you can get within 500 m of them! 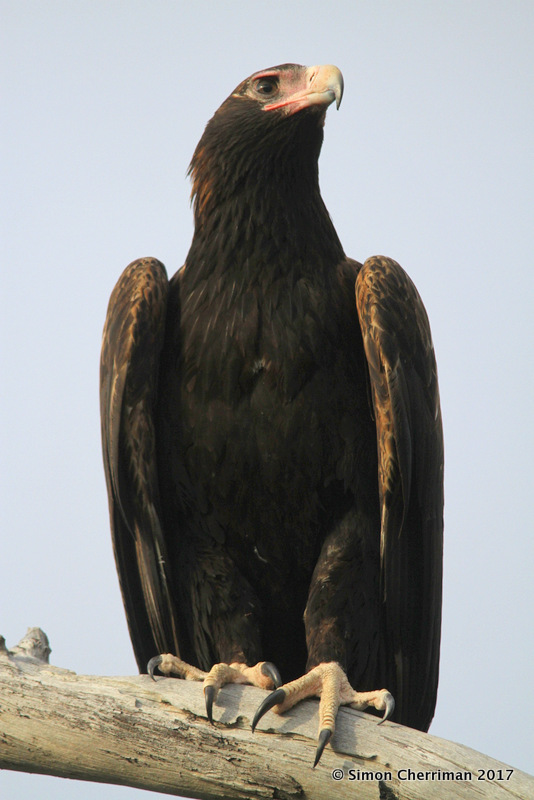 The male's suspicious expression was a giveaway that I'd been 'sprung', and although the female seemed to tolerate me, I knew that to capture perfectly natural behaviour would require a much more hidden approach. 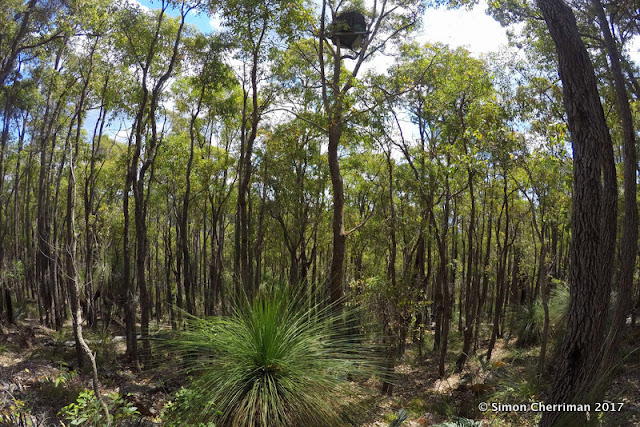 It only took a few hours to erect a platform in the canopy of a Marri sapling close to the nest, made by fastening two solid planks to the upright limbs and using a small tent as a hide. This was completed last week, then I left the eagles alone for a while to adjust to the new addition to their arboreal environment. 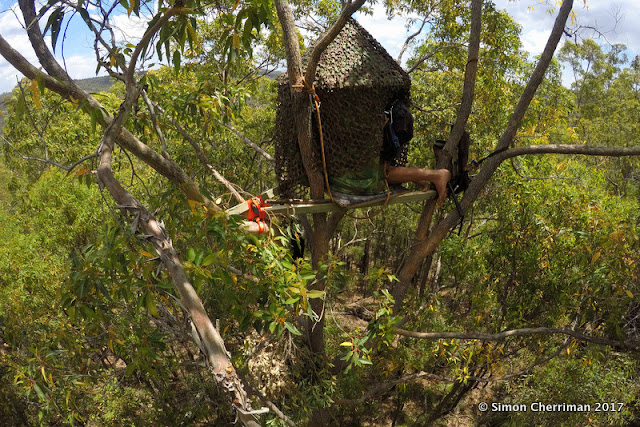 Last week I entered the hide and made my first attempt at photography. The first two days were super exciting, with the eagles having accepted the hide and carrying on with their amazing nesting activities right in front of me. There were very long periods of waiting, however, and on some occasions I suffered pretty severe back pain. Being 6'8" isn't very helpful for being folded into a tent that is less than 1 m2 in area! You will have noticed from my Instagram posts though that the hide stints yielded some great moments. This photo of the juvenile eagle licking her beak in anticipation of being fed half a Karda / Gould's Goanna (Varanus gouldii) was by far one of my hiding highlights! 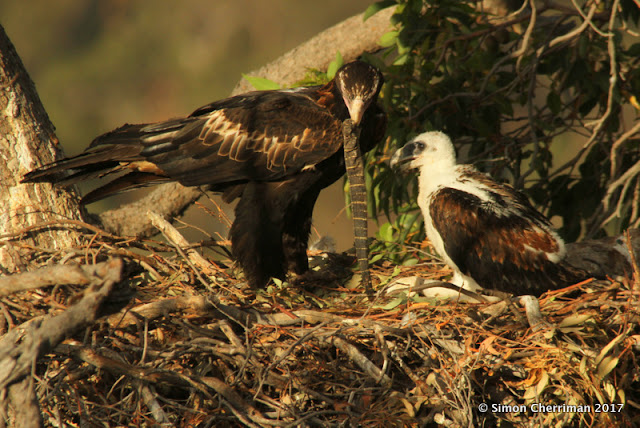 This afternoon's session, which began about 5 am and ended well after sunset, gave me some particularly big challenges. Strong winds have been present all week but the gusts that rose up after about 9 am today seemed to be intent on shaking all the trees off the hillside. At times I thought the whole tree might blow over! As the Marri leaves behind the nest began to glow brighter with back-light from the sinking sun, however, the wind slowly lost its breath. And just before sunset, the gorgeous male arrived at the nest with the hind-quarters of yet another Karda. It was beautiful to see a bird whom I knew was super shy feeding his fast-growing daughter, knowing he had no idea the same lens that focused on his youth not long ago was still present. I'm looking forward to more hide stints soon, and eventually to satellite-tagging this eaglet before she takes to the air. 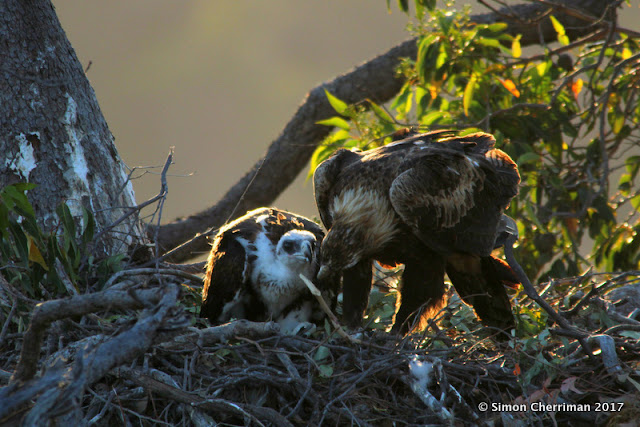