Trails in the Sky 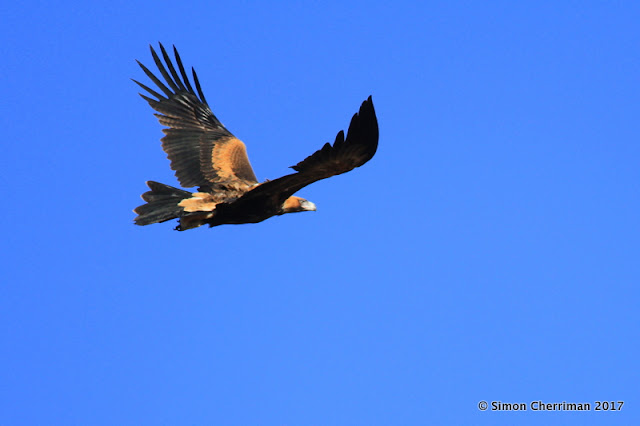 As the warmer season of Birak takes shape and rising thermal air-currents become more frequent, last year's Wailitj / Wedge-tailed Eagle fledglings are beginning to gain experience in the sky. My local eagle Yirrabiddi (above), who was named by Noongar elder Noel Nannup when she was satellite-tagged in late November last year, has made wonderful progress since she first fledged in early December. Below is a photo diary of her progress, which shows her well on the way to living up to her beautiful, magical name, that translates to 'trail in the sky'!!

When I checked Yirrabiddi just after fledging, she sat confidently on a sturdy limb on the outer reaches of the nest tree. 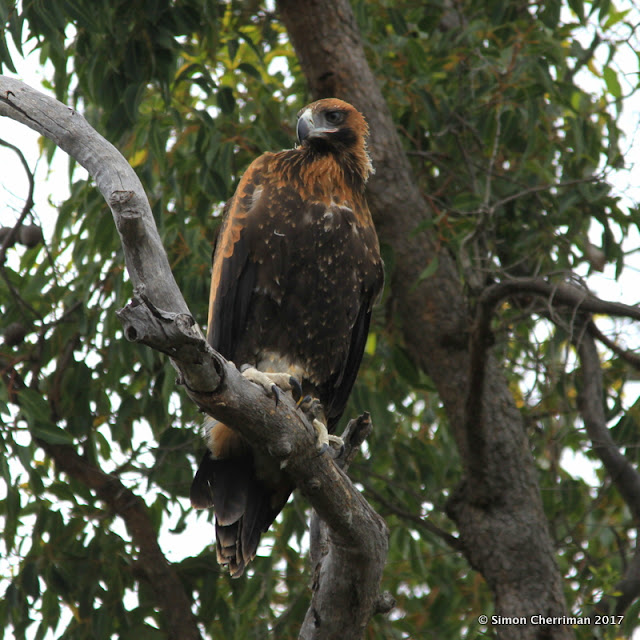 A week later I found her perched in a tall Marri about 50 m from her eyrie. She only remained perched for a minute before launching on her massive wings. 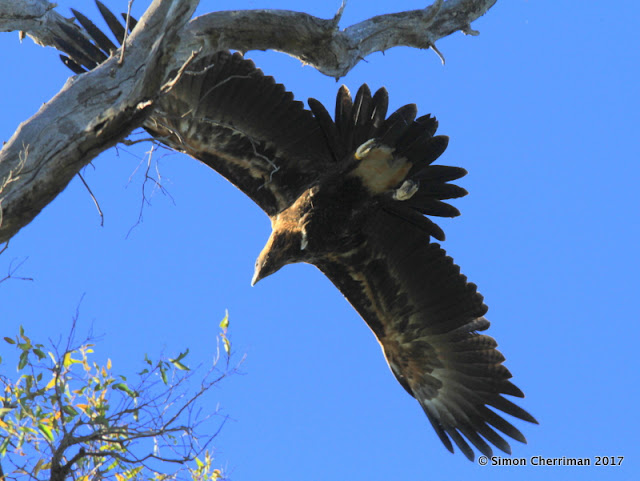 When I followed her flight path, I was amazed to see Yirrabiddi perched high in a live Jarrah tree at the edge of the open paddock near the centre of her natal territory. You can see her golden head glowing in the beautiful afternoon light. 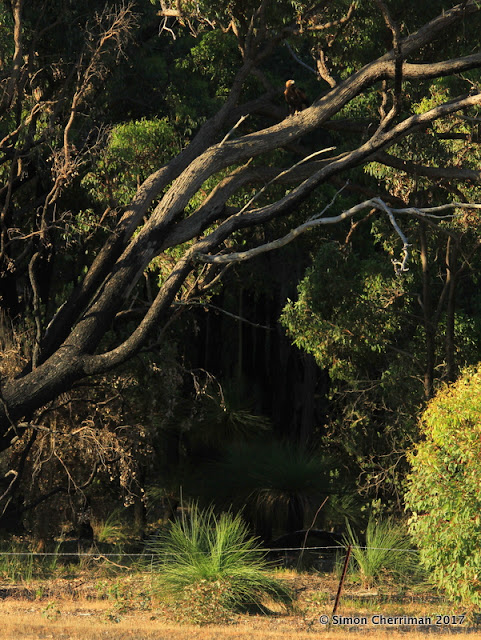 Before I had a chance to step into the clearing, she took off again and set sail in a long glide across the paddock. A mob of Yonga / Western Grey Kangaroos were grazing in the open, and it was incredible to see several react to the oncoming eagle by standing up tall and throwing their arms skyward. Barely able to fly (let alone hunt!), she is not yet a threat to them at all, but her parents are frequent hunters of this mob, especially the smaller joeys like the one pictured here. 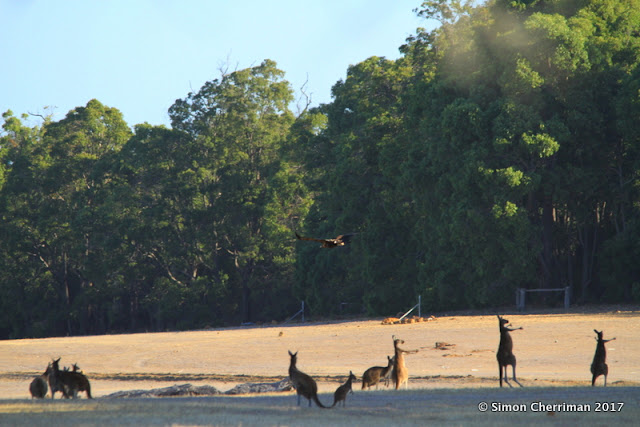 Just after Christmas I visited Yirrabiddi with friend and fellow Parkervillian Brendon Gough, who kindly gave me easy access with a lift on his quad bike. We found her perched near the nest again, sitting proudly in the golden sunlight, with the antenna of her PTT just visible. 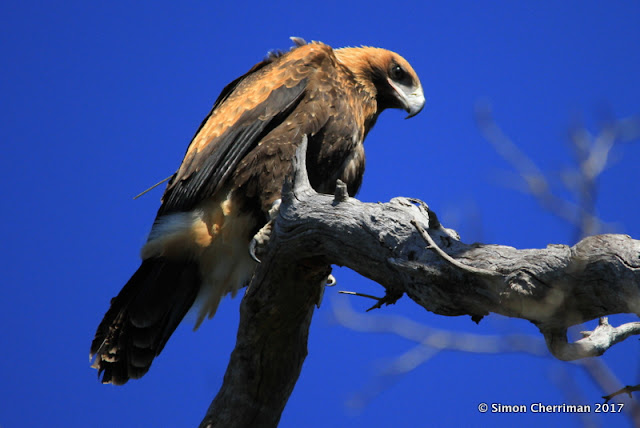 We watched as she made a confident flight to a tall perch tree over 1 km from her nest. I managed to sneak around behind her and snap this photo, in which you can just make out the PTT between her shoulder blades, partially covered with feathers. 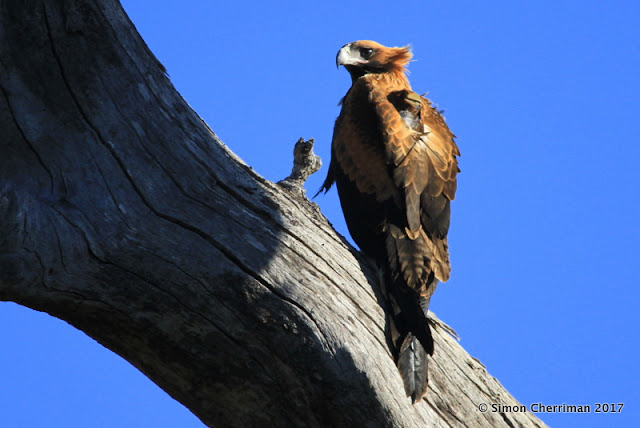 Yirrabiddi took to the wing once more, but this time really showed me what she was made of! Instead of making a direct flight back towards another perch, she glided into a clearing above the paddock, then began flapping powerfully and wheeling around in big circles, taking advantage of the strengthening westerly wind to gain height. 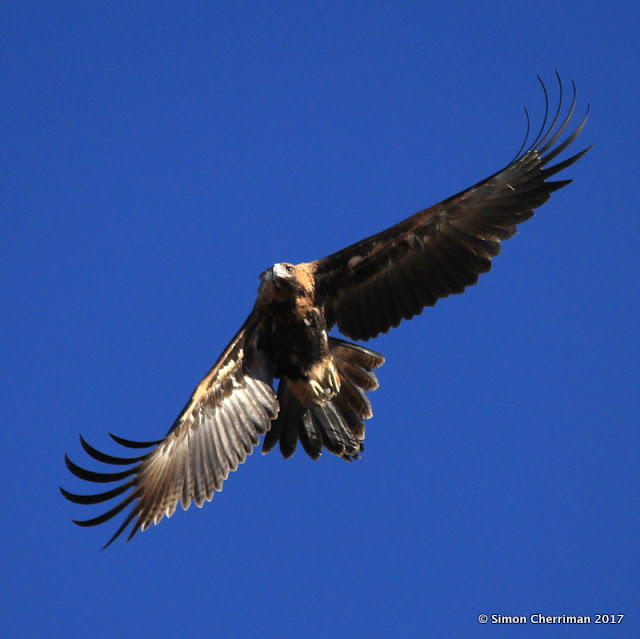 As I watched in absolute awe, this majestic bird quickly soared into the blue, gaining confidence but still having a slightly nervous look in her powerful eyes. Then, as if wanting to join in on the celebration of their daughter's first big flight, her parents suddenly appeared WAY up above, staying as tiny specks but slowly descending in slow circles, all the while watching Yirrabiddi's every move. 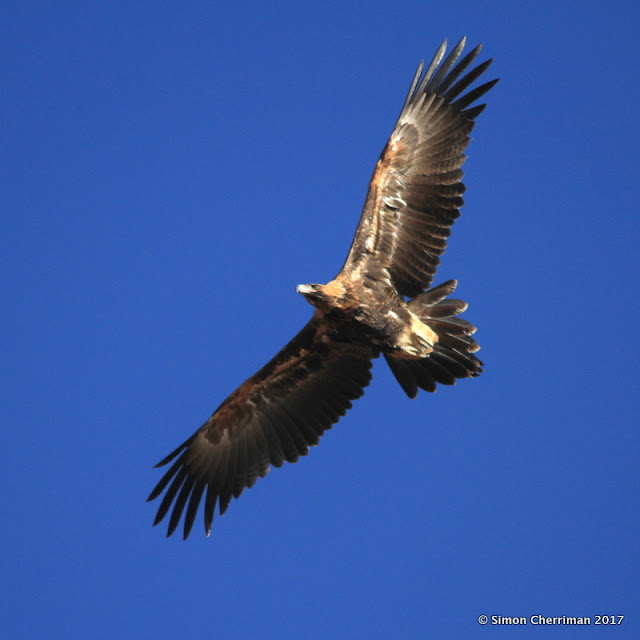 It was truly amazing to think that this bird, which I had seen as a tiny white nestling only months earlier, was now performing some of the most powerful flights in the animal kingdom! I can't wait to continue following Yirrabiddi's movements as she makes further progress and leaves even more magic trails in the sky. 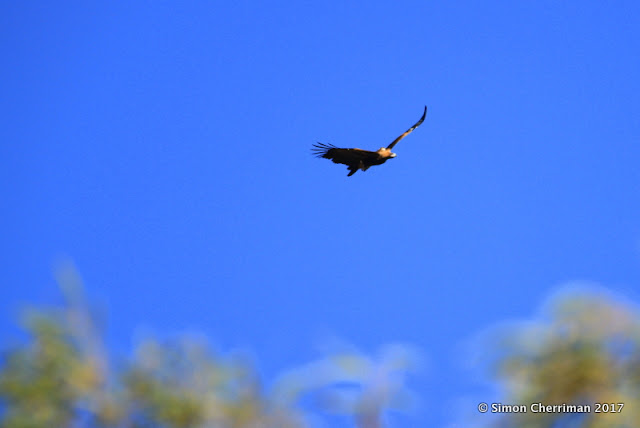