Back from the Bush 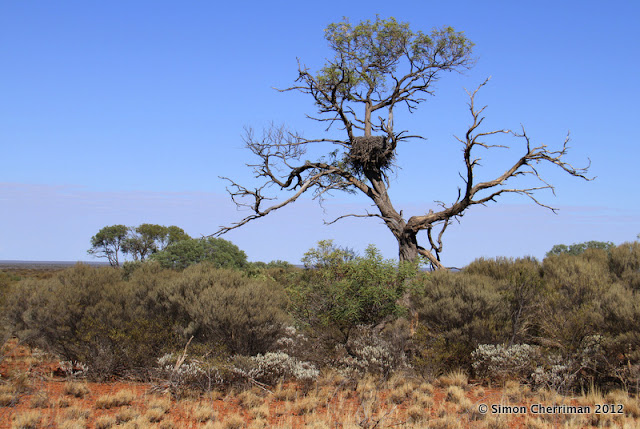 I've just returned from outback Australia after a week continuing my Wedge-tailed Eagle research in the Murchison region of WA. (Click here for more info about this project). My good friend Mick came along to help out as we revisited active nests located in August and conducted further searches for new nests in areas we hadn't yet visited.

The weather was overall cooler than expected which made our ventures much more bearable, although on one afternoon I did get a touch of heat stroke and we had to return to the homestead. We got on really well with the research, finding 14 new nests and taking our eagle nest total up to 52, and our total eagle territory count to 22. This means there are at least 22 pairs of Wedgies resident at Lorna Glen - quite a nice handful really!

The interesting find was that no eagle nests had been successful in rearing chicks. Of 11 which were active in August, one had contained a week-old chick when we last visited its nest, but sadly we found the chick had died on the nest at approximately 7 weeks of age. We located the body under a nearby perch tree suggesting one of the adult eagles (i.e. its mum or dad) had removed the carcass from the nest cavity, quite a sad thought really. But this is nature and it's perfectly normal for birds to fail at a breeding attempt at any time during the 3-month nestling period. This is most often caused by a lack of consistent food, but I suspect the death of this eaglet may have been caused by heat. There was a very hot period in October where the mercury soared above 45˚C for more than 10 days, not a very easy thing to endure when your nest is barely shaded.


Although not good for eagle chicks, the warmer weather had created the perfect conditions for many of the local reptiles to emerge and begin their reproductive behaviour. One of the first sightings we had was a beautiful Mulga Dragon (Caimanops amphiboluroides), a particularly exciting discovery as I had never seen this species before. I spotted him basking on an old fence post while we whizzed down a dirt track one afternoon, and he obligingly sat for a photograph! 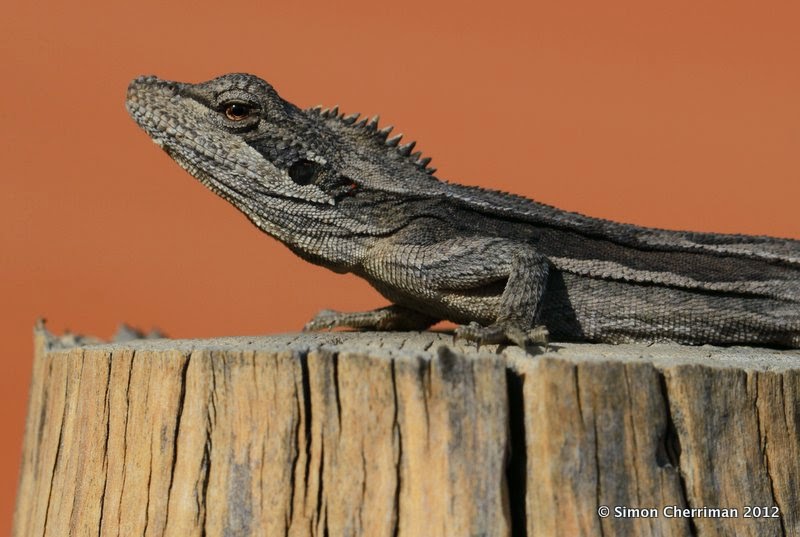 Another afternoon we surprised the largest Australian land lizard - a Perentie (Varanus giganteus)! Despite being a formidable predator, these lizards are very shy of humans because they have been a prized meal for Aboriginal people for thousands of years. As we approached from our car, the Perentie raced away and hid among some nearby bushes, and stayed put as we approached for some photos. Here you can see his incredibly long head, which contains sharp teeth and powerful jaws equipped for killing live prey (especially mammals like rabbits) and tearing meat from kangaroo carcasses. 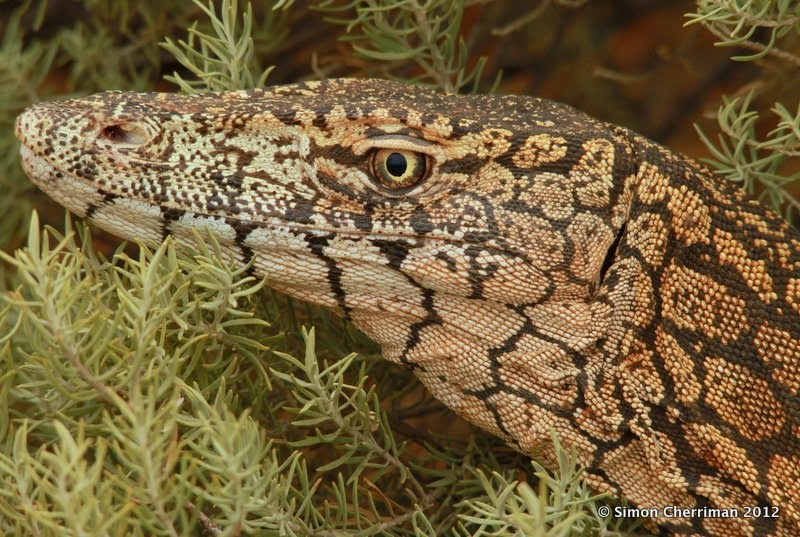 And while we're on the topic of monitor lizards, another really interesting find was the mating behaviour of some Yellow-spotted Monitors (Varanus panoptes), which I managed to capture on a motion-sensing camera placed outside a burrow. Much of the footage obtained was of a large male excavating a burrow, and seemingly guarding the entrance and chasing off other monitors (according to my herpetologist friend Dr. Sean Doody, they are known to do this). But at one point a female monitor emerged from inside the burrow and was instantly embraced by the male, who mated with her for several minutes, before 'escorting' her back into the burrow. 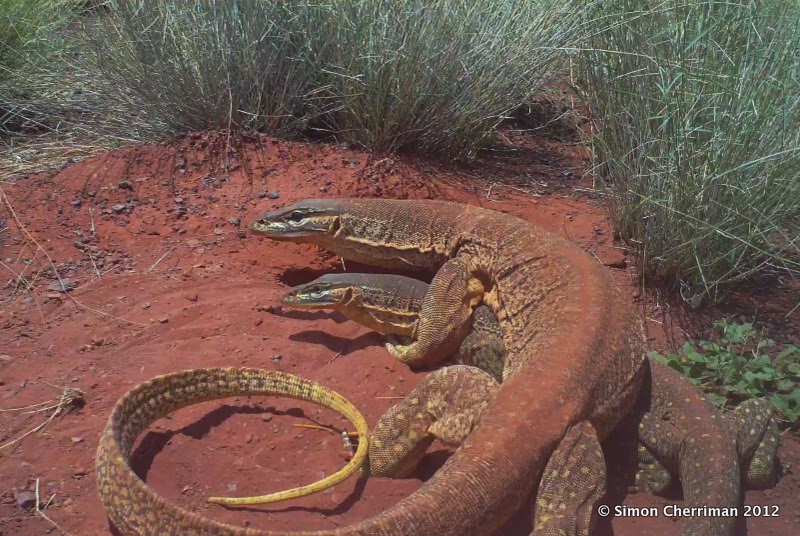 There were many more creatures active in this desert wonderland, but I'll save their stories for next time. You can see more photos from this recent outback expedition here.
Posted by Simon Cherriman