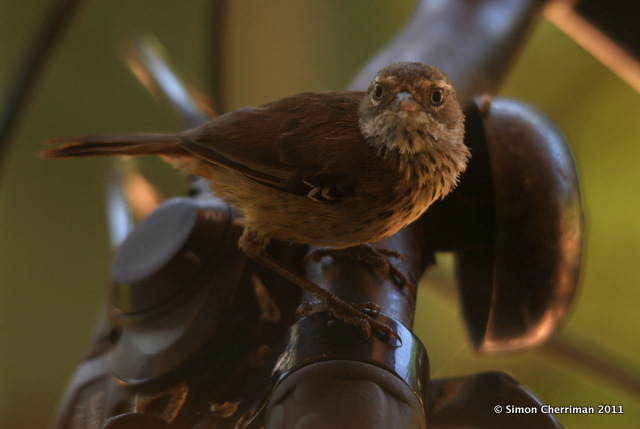 This cheeky little bird might look like he's about to kill me, staring right at the camera when I took this photo today. However, the shot was taken from behind a window of our lounge room, and the bird is not staring at me or my camera but at his reflection!

I've been working in the lounge over the last few weeks because this is the coolest room in our house during this hot weather. The room also has a nice view on 2 sides out to the garden surrounding the house, which makes it a nice working environment. Today I heard a tapping sound and a small movement caught my eye, and as I watched I noticed a bird flying into the window. Thinking it was just a one off and maybe it was injured, I kept watching, and saw the little fella repeatedly flying into the window. He would perch on the handlebars of my dad's bike, stare and weigh up his opponent for a few seconds, then ATTACK!

You're probably wondering what bird it is... well, it's a White-browed Scrubwren (Sericornis frontalis), and is almost certainly a male who is defending his territory. We've had this species nesting in our garden beds for a few years now, which is very exciting as they need dense vegetation in which to live. Around this time of year they are very vocal, making harsh chirps and scolding sounds whenever an intruder comes into their domain. This is the first time I've recorded them making a physical attack on anything though - a pity he doesn't realise he's attacking himSELF!! 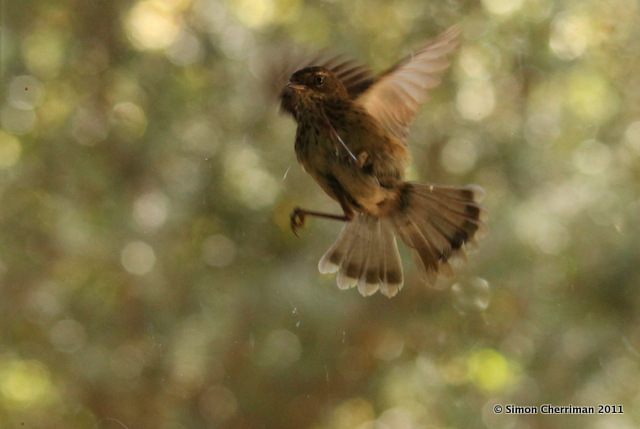 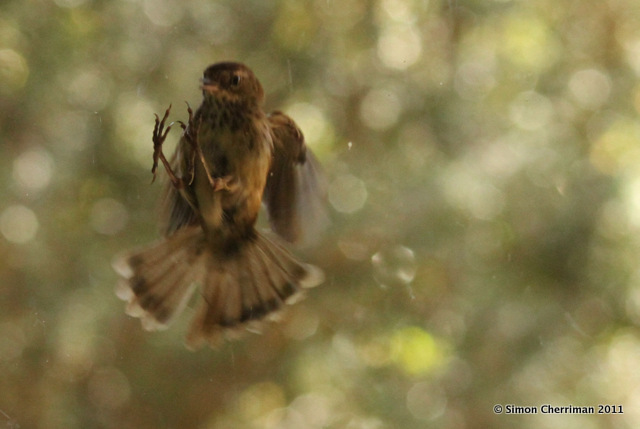